Bangladesh, a diverse and culturally rich nation located in South Asia, is known for its beautiful green scenery and numerous waterways. It is currently the 8th most populous country worldwide. When it first became an independent country in 1971, Bangladesh was incredibly poor with 82 percent of the population living below the extreme poverty line. At the time, the country experienced a negative rate of 14 percent; political tensions were high and the nation was continuously devastated by famine and flood. Today, the situation of is much different with economic growth in Bangladesh on the rise.

Growth on Many Fronts

Bangladesh now has an average economic growth rate of 8 percent, well above the regional average growth rate of 5.5 percent. In the first quarter of 2019, Bangladesh was the 7th fastest growing economy in the world, with a real GDP growth rate of 7.4 percent. Notably, between 2008 and 2017, per capita income in Bangladesh has increased by 149 percent helping to boost human development indicators for the country.

Contributors to Economic Growth in Bangladesh

With a combination of progressive social policies and economic reforms, Bangladesh has been able to attract a large number of foreign investment and find new markets, resulting in a thriving economy despite the world’s stagnating state.

The success of the garment industry is one contributor to strong economic growth in Bangladesh, accounting for 84.2 percent of exports in the country. Growth in garment exports increased from 8.8 percent to 11.5 percent in 2018, reflecting strong demand from the U.S. and newer markets like Canada, Japan, India, China and Korea.

Despite continued success in the garment sector, it is risky to rely on a single industry for the majority of exports. Bangladesh is aiming to diversify its export basket, increasing competitiveness in other sectors as well. The Export Competitiveness for Jobs project, supported by World Bank Group, is an example of the effort Bangladesh’s government is taking to increase diversity in exports.

Additionally, Bangladesh has taken serious steps to empower women with efforts from non-governmental organizations such as Grameen and BRAC as well as the government to educate girls and give women a greater voice in both households and society. These efforts have helped to improve children’s health and education, which are key indicators of economic development. Additionally, the authority promotes lending to small and medium-sized enterprises as well as women entrepreneurs, introducing policies that promote economic inclusion, creating more active transactions and other economic activities.

Moving Forward with a Vision

Since 1975, Bangladesh has been listed by the U.N. as one of the least developed countries (LDCs) but has recently met the criteria to graduate from that status by 2024, which is a sign indicating the country’s capability to enable sustainable development. The government has its own agenda to become a middle-income country by 2021, celebrating the nation’s 50th birthday.

Thanks to sound economic policies, rapid modernization and progressive demographic development, Bangladesh is now able to build an economy that can successfully thrive in a volatile world. With the right policies and timely actions, Bangladesh is on the trajectory to achieve its “Vision 2021”. 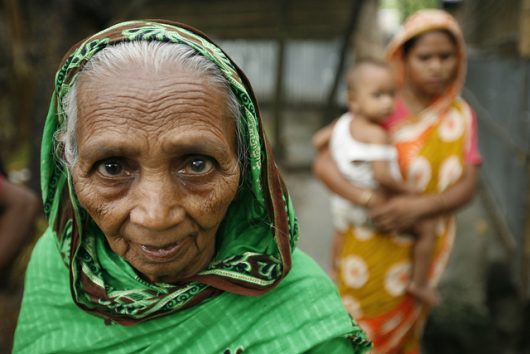