While Sacha Baron Cohen may have put Kazakhstan on the map with his fictitious role as a journalist in the movie “Borat,” Kazakhstan today stands as a country that continues to face hurdles despite consistent economic growth over the past few decades.

A Central Asian country of nearly 18 million people, Kazakhstan is no stranger to economic uncertainties. Since gaining independence in the early 1990s following the collapse of the Soviet Union, Kazakhstan has experienced relatively steady economic growth, thanks in part to its expanding oil sector.

Nevertheless, nearly half of the country is considered to be in a low income class. Roughly 47 percent of the population maintains a monthly income of approximately $70.

Arguably most frustrating to many Kazakhstan citizens are the disparities in gross regional product (GRP.) Because some parts of the country are more resource-rich than others, inconsistencies in wealth have affected some Kazakhstanis more than others.

Even though the country has seen substantial economic growth in recent years, specifically in the oil, gas and minerals industries, employment levels in these industries have not matched the nation’s economic growth.

Following the turn of the century, much of the nation saw considerable gains in employment and labor productivity. Yet, the agricultural region of Kostanay and North Kazakhstan did not experience the same growth as others parts of the country. West Kazakhstan saw significant economic gains in the late 1990s following the introduction of an oil pipeline stretching from the Caspian Sea to China.Perhaps surprisingly, Kazakhstan’s oil-rich areas have also become the nation’s most impoverished.

The minimum income level below the subsistence minimum in Kazakhstan is $35 per month. Any amount below the minimum is considered as poverty. Between 1998 and 2003, the number of people living in poverty in the country fell from 5 million to 3 million.

According to a recent U.N. Development Programme report, unemployment and low income remain the primary causes of poverty in Kazakhstan.

Yet, it is hard to overlook the respectable economic gains the country has seen over the past two decades. Kazakhstan has made considerable headway in its attempts to cement its standing on the world stage. Last month, President Nursultan Nazarbayev signed a new law to lift to visa restrictions, enact tax exemptions and help stabilize tax rates to interest foreign investment, especially with the United States and other Western powers. These moves, among others, will help the country in the long-term as it continues to make strides against poverty. 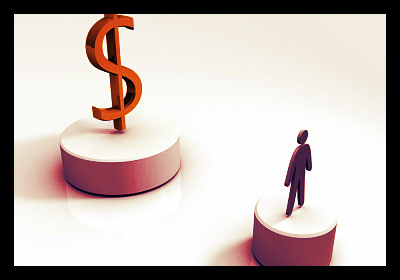 According to a study by the the Brookings Institution, the gap between the rich and the poor is the largest in some of the richest American cities. The Associated Press quoted the Brookings study saying, “The economic divides in Atlanta, San Francisco, Washington, New York and Los Angeles are significantly greater than the national average.”

Senior fellow at Brookings Alan Berube said that a relationship exists between inequality and economic success since the aforementioned cities “are home to some of the highest paying industries and jobs in the country.”

Berube argues that many of these cities have a widening gap between rich and poor people due to their public housing and the services that attract low-wage workers. But according to the AP, “the findings come at a delicate moment for the country, still slogging through a weak recovery from the Great Recession.”

The United States is undoubtedly going through some tough times. But how is the country’s income inequality compared to other nations?

The Washington Post claims the way in which income inequality is measured is going through some changes. For many years, economists often relied on the Gini coefficient to measure the income distribution throughout nations. However, others argue the Palma ratio should be adopted instead. Unlike the Gini coefficient, this formula makes it easier to measure the gap between rich and poor people in societies.

The U.S. ranks “well below every other developed society measured,” the Post suggests after analyzing 86 nations with the Palma ratio. “It’s one spot below Nigeria, which has some of the worst political corruption in the world and in 2012 saw nationwide protests over perceived income inequality.

In other words, despite America’s having more economic equality than most of the world, it is still placed “at the bottom end of the developed world.” Nevertheless, of the 50 biggest cities in the U.S., the AP said only 18 of them experienced inequality that was statistically significant since the recession occurred. However, this was largely due to the declining incomes of the poorest residents of these cities.

Allowing this pattern to continue will be detrimental to American societies in the long run. Therefore, to prevent the wealth gap from expanding in prosperous U.S. cities and to avoid the potential dissent that such inequality caused in other global cities, Washington needs to come up with a plan to make America less unequal.