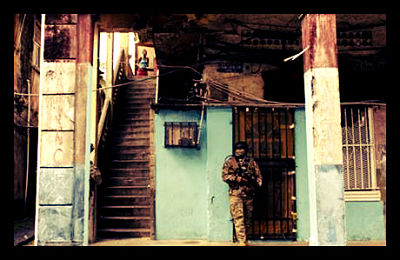 The Panama Canal is framed by Panama’s two largest cities. At one end is Panama City, a vibrant, bustling metropolitan center that is currently experiencing some of Latin America’s greatest growth. At the Canal’s other end, just forty miles away, lies the city of Colon, where potable water, electricity, structurally sound buildings, and meaningful work are all in short supply for the city’s 220,000 residents.

Panama has had an average economic growth of nine percent every year for the last five years. This is due in large part to foreign investment and development in Panama City, where Central America’s first subway is currently under construction. The tallest building in Latin America, a 70-story Trump hotel and condominium, is not out of place among newly constructed skyscrapers, malls, and restaurants.

But Colon has not enjoyed the same booming industrial and commercial development. The city has the largest duty-free trade zone in the Western hemisphere, which has long been a point of contention between residents and developers. Recent development within the zone has benefited businesses there, but not the city at large. The duty-free zone caused social unrest last year when Panama’s president passed a law allowing sale of land in and near the zone. Residents feared this would displace them from their homes and hurt their incomes. Several were killed in the protests.

The economic inequality between Colon and Panama City stems in part from racial segregation and discrimination. Racism is a long-standing problem in many Latin American countries, and Panama is no exception. Those with light skin are often viewed more favorably than those with dark skin in terms of wealth, attractiveness, and ability.

Colon is predominantly black, while Panama City has a larger percentage of European descendants. Many believe that racial discrimination has played a role in Colon’s economic depression.

The stark disparity between Panama City and Colon is an example of the unequal economic growth occurring all over the world. In many places, wealth remains concentrated where it is already abundant, while the poor remain poor, and grow poorer. Correcting this imbalance will require a multifaceted, in-depth, strategic approach that the world’s poor are unable to implement themselves. Therefore, those who have the means to do so are responsible for working to make humane living conditions and economic security realities for every person on the planet. 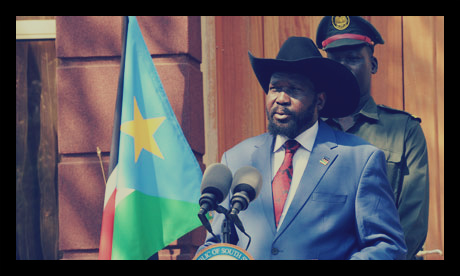 In two weeks, the United States will host an Economic Partners Forum for South Sudan in Washington, D.C. The U.S., along with representatives from the U.K., Norway, and the European Union will gather to discuss economic issues and possible solutions for South Sudan.

Important organizations, including the World Bank, the African Development Bank, and the International Monetary Fund will also be in attendance and will collaborate with the other governments present in finding solutions for South Sudan’s economic issues. Challenges that plague the new nation include the need to diversify the country’s economy to promote “sustainable long-term growth.” The oil shutdown in the country has also worsened the economic climate within the last year.

The government partners and financial organizations in attendance at the Economic Forum will work with the Government of the Republic of South Sudan to implement any recommendations that are made and will “offer support for sound government policy-making.” 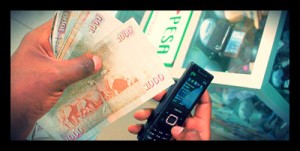 Kenya has recently gained attention for its successful adaption of mobile money. A majority of its population, two-thirds of which live on less than $2 a day, are able to manage their finances using cell phones. Through this service, which does not require a bank account, millions of customers are able to send a text message to banks to pay bills, receive payment, and transfer money. Given that nearly 2.5 million people in the world do not have bank accounts and 2 billion people have cell phones, the program will make it easy to include a large number of people previously without access to finance management. As of now, there are 15 million mobile money customers in Kenya.

The impact of mobile money on people living in developing economies is vast. They now can boast financial independence, control of their funds, and the ability to assist family members and friends with ease. Mobile money can also improve financial security and local economic activity for small, low-income villages.  Most importantly, this is all available with the convenience and simplicity of a cell phone.

Safaricom developed the mobile money service in Kenya in 2007 and named it M-Pesa. Since then, many other companies have been eager to join the mobile sensation. However, despite the success seen in Kenya, mobile money providers have not been able to reproduce its effects in other countries like Afghanistan and Zambia. Many other factors contribute to mobile money besides technology. One reason why the Kenyan program has been so successful is due to its regulatory policies. The Kenyan government employs flexible regulatory rules after the innovative process occurs in order to ensure protection for customers and service providers.

Before this phenomenon, those living in poverty had little access to financial services. There are now 150 money mobile services throughout the world, which means that every day more and more impoverished people are able to benefit from mobile money. Little by little, one village at a time, we can hope to see improving economies in developing countries thanks to this innovative money service. 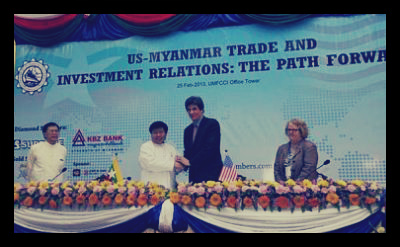