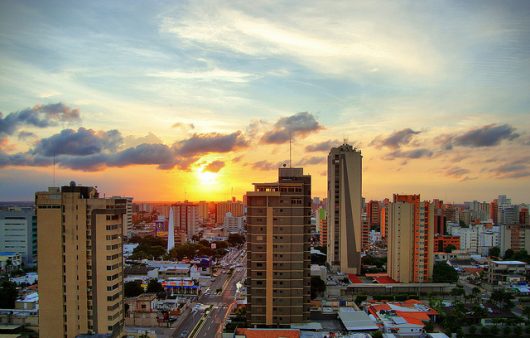 Data recently released by the United States’ opposition-led Congress revealed that the Venezuelan economy has shrunk in 2017. More specifically, the figures reveal that the economy — which has been decreasing since 2014 — has declined 13.2 percent last year.

Experts also predict that the overall economic scenario will be difficult, though not impossible, to improve in the next few years. Venezuela will most likely remain in a state of economic recession in 2018 with an economy contracting 7.7 percent and a GDP declining 1.5 percent in 2019. Most of this economic distress is caused by a sum of factors such as item shortages, fiscal uncertainty and an inflation rate that the IMF (International Monetary Fund) sees skyrocketing at 13 percent this year.

In recent years,  the Maduro presidency has applied strict control over prices, which has exacerbated the short supply of all sorts of products from food to medicine.

The country’s main source of economic relief and overall fortune has always been the oil sector. However, oil prices are set to remain below the $100 mark, which will minimize profits. Many trace the instability of the oil industry to the actions of Hugo Chavez, whom — upon taking power in 2013 — nationalized private-run oil companies such as ExxonMobil and ConocoPhillips (as well as other) and expropriated millions of acres of land.

Ever since then, the state has been in control of exploration, production and exportation, putting the whole sector at the discretion of global prices fluctuation. In 2016, prices fell to $27 per barrel (from $111 per barrel in 2014) while the Venezuelan GDP also fell significantly and inflation reached 800 percent rate.

There is much room for improvement surrounding the issue of credit access in Venezuela. Economic distress, centralized control and an authoritarian regime have contributed to depressed revenues in oil exports, which dropped by $100 billion in 2017.

Venezuela’s dependency on foreign credit has also increased — in 2017, the country owed around $150 billion to foreign creditors. If credit access in the nation improves, then debt will become easier to honor. Interestingly, the U.S. tightened its grip on Venezuela’s cash-borrowing last year by prohibiting institutions from trading new bonds with the Maduro administration and state-owned oil company.

Such action clearly had repercussions in terms of domestic cash flow. Many banks, for instance, have decided to cut any connections with Venezuela because of the current political turmoil by closing accounts linked to Venezuelan officials and refusing to perform financial service such as trade in government bonds.

This firmly restricted credit access in Venezuela heavily impacts the economy — there’s now a lack of necessary cash to pay for the imports of basic items such as food and medicine — and the nation has also become extremely dependent on foreign parties, such as China and Russia,for credit access.

With an economy that relies on export for the 95 percent of its income, and yet manages to barely stay afloat, improving credit access in Venezuela is the easiest and most surefire way of solving many of the nation’s fiscal issues. The hope is that a diplomatic effort to reopen the market of credit access might raise Venezuelan citizens from a condition of desperation and distress to one of security and profitability.

Politically, on the other hand, the Venezuelan regime represents one of the toughest and most authoritarian ones around the world. Nothing is transparent about what political authority does, and this is deeply hurtful to the economy, and the humanitarian and social conditions of the citizens. Thus, improving the national authoritative framework would also help radically improve the country at large.

In order to withdraw the equivalent of one dollar from Venezuelan banks, there is a minimum of an hour wait and most of the times they reach shortage of cash by 10am. This is because every day the Venezuelan banking authority establishes the total amount consumers are allowed to withdraw; in some banks, this is no more than 5.000 bolivar, which is the equivalent of $.03.

Opening the Venezuelan political and economic system is a crucial yet necessary step to be taken. In a country where labor laws make it extremely difficult to fire employees, even for good cause, and employ independent contractors instead of regular employees, more flexibility is the key solution for a freer economy.