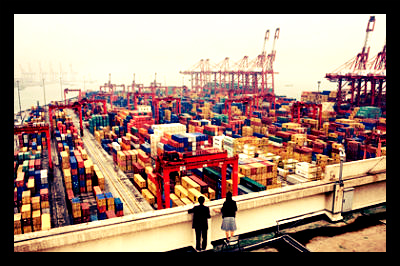 China has more than likely overtaken the US as the world’s top trading nation, a title the US has held for decades. According to the latest data, China’s total trade has grown at an annual rate of 7.6 percent to an incredible $4.16 trillion last year. While the US has yet to release it’s full-year figures, it’s trade for the first 11 months of 2013 totaled only $3.5 trillion.

In 2009, China became the world’s biggest goods exporter. Along with that, its imports have also risen amid an expanding economy. “It is very likely that China has overtake the US to become the world’s largest trading country,” said Zheng Yuesheng, a spokesman for China’s custom’s administration.

However, concerns in recent months over the accuracy of China’s export data have been brought to light. There has been speculation that some Chinese exporters may be overstating their shipments in an attempt to evade restrictions on importing funds into the country.

Sun Junwei, China economist at HSBC in Beijing, has said the measures that were implemented to weed out fake trade activities appear to be working. Junwei believes that compared to last year, these activities have actually decreased.

Even when addressing the inflated numbers, some analysts believe that China would still take the top spot from the U.S.

“The gap between the overall trade of China and the US is likely to be almost $250 billion in 2013,” Rajiv Biswas, chief economist Asia-pacific at IHS, told the BBC.

China’s growing trade prowess has been fueled by economic growth of around 10% a year in the past three decades. This progress has propelled the country up the list of biggest economies, it’s middle class garnering wealth and boosting its’ overall global trade.

This progress can be attributed to a shift from the production of textiles and light industrial products to more sophisticated products including cell phones and other gadgets. The amount of available labor has allowed for this incredible increase.

China has also recently overtaken the U.S. as the biggest oil importer of oil, amid rising demand for fossil fuels. However, this has brought in an assortment of environmental difficulties that the government is still having difficulties addressing.

Mr. Zhen predicts that because of structural reforms in China and a lowered outlook for commodity prices, an even stronger trade performance by China is possible in 2014.

The first time China became the world’s biggest goods exporter was in 2009, and now its total exports and imports make up for more than 1/10th of the total world trade, up from 3 percent in 2000.

The economic competition between America and China is a favorite subject of the American people as well as a motive for a large number of decisions undertaken by politicians. President Obama has used this competition to enforce education initiatives to fend off countries such as China that will “out-compete” the U.S.

If the latest prediction out of the Centre for Economics and Business Research is correct, then the Chinese economy will grow larger than America’s in 2028. However, predictions stating that its economy will surpass ours in 2016 have been made while others stake claims that it already has.

In terms of economic output per capita, however, the U.S. is still vastly ahead of the Chinese by a factor of more than eight. This is because there are far fewer Americans than Chinese, so even if the outputs were equal, there’s a lot less people to share it with. Meaning, the average American is wealthier than the average Chinese.

Ultimately, it becomes important to note rather than “beating” the Chinese, it is more important to collaborate with our cousins across the globe, with hopes to increase the goods and services available to the U.S.