Tag Archive for: Ebola in the Congo 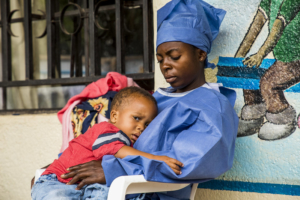 An Ebola outbreak in the Democratic Republic of the Congo has infected 250,000 people and has nearly killed 1,700 people. The outbreak occurred in August 2018. The New York Times reported that the World Health Organization (WHO) declared this outbreak a global health emergency.

The disease spread throughout the Congo and proceeded to enter countries such as Goma and those near Rwanda. This outbreak posed a threat to surrounding countries and the overall idea of public health.

Health care workers and medical team members in those areas are also becoming affected. According to data that the Ebola Response Committee collected, 157 workers have suffered Ebola and 41 of them have died. This means that 5 percent of the people suffering from Ebola in the Congo were health workers.

Since these outbreaks have been happening recently, officials are stepping in to launch infection control. The Democratic Republic of the Congo is receiving help from different global organizations in order to implement new infection prevention and control (IPC) training.

One of those training sessions consists of preparing local nurses, doctors and health workers on how to confront this disease. This is important because most of the local workers do not know how to detect the disease and safely isolate patients.

Efforts to Treat and Prevent Ebola

Weeks during and after the outbreak, WHO began to work with community officials to advocate for treatment for patients. This work consisted of WHO teaching and encouraging people in the affected community to recognize the symptoms of Ebola and to seek treatment immediately. WHO also connected with youth leaders and community representatives in order to collaborate with the Ebola Virus Disease (EVD) about responding to the outbreak.

Save the Children sent out emergency health units to respond to the disease crisis, as well as partnering with the Congolese government on the ground to support its health facilities. It has trained many health workers and community leaders on how to address Ebola in their communities. It also built 15 Ebola triage points that will assist in detecting and preventing Ebola cases among children.

Many different initiatives within these organizations are taking place to help advocate for this crisis and bring in as much medical treatment as they can. As Ebola continues to infest the DRC, the surrounding countries and their poor communities, they will be in a continued state of a global health emergency.