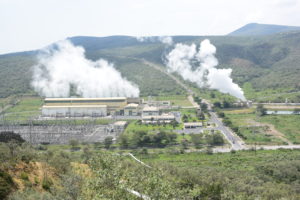 Africa leads the world in annual population growth, but unfortunately produces the least amount of electricity of any continent. To mitigate this issue while being mindful of the continent’s vulnerability to climate change, African leaders are working to exploit natural energy sources. Recent efforts have begun to focus on establishing plants for geothermal energy in Africa. This involves harnessing energy from the Earth’s heat by digging underground. The east coast of Africa, home of the East African Rift System (EARS), presents a viable location for achieving this endeavor due to its geographical properties: this 6,500-kilometer stretch of progressive breakage in the Earth has constantly shifting plate tectonics that generate a large, renewable source of energy. Nations worldwide are coming together to help develop strong geothermal energy systems in Africa, with Iceland leading the way.

Potential for Geothermal Energy in Africa

The EARS is located in northern Syria and runs south to Mozambique. Countries along this rift include Ethiopia, Tanzania, Kenya, Rwanda, Eritrea and Uganda. These countries would benefit immensely from the rift’s geothermal energy since, depending on the country, only 35%-75% of the population had reliable electricity in 2018. In fact, initiatives like the African Rift Geothermal Development Facility project were designed to address this exact disparity using geothermal energy. The project’s goal is to gain access to untapped geothermal energy for these countries along the rift. The United Nations Environment Programme pledged $4.75 million for this official start-up in 2015. The project has had success so far in networking with other countries and attracting investors for financial support.

Geothermal energy in Africa is necessary to supplement the general lack of electricity. It is also essential to shift away from the other, less sustainable power sources currently in use. Coal is one of the most environmentally detrimental types of fuel, for example. Despite this fact, South Africa relies on coal-burning as its primary energy source; only 8.8% of the country’s electric needs are fulfilled by renewable energy. Coal-burning and other non-renewable techniques endanger Africa’s people and climate by polluting the air with various heavy metals.

Iceland, however, is a pioneer in geothermal energy: the country’s electricity obtains its power almost entirely by renewable resources. The country is currently advocating the creation of geothermal energy in Africa through several projects.

Iceland is also a member of the United Nations Environment Programme (UNEP). The country is commended for its work in Africa. The UNEP Energy Programme Manager Meseret Teklemariam Zemedkun stated, “Iceland has been a steadfast and important partner to UNEP in bringing geothermal expertise to East Africa.” Beyond fostering geothermal energy in Africa, Iceland’s financial contributions help support the UNEP’s other projects and overall mission. Iceland continues to be a world leader in demonstrating the significance of renewable energy. The country accomplishes this goal by addressing Africa’s present and building for its future.