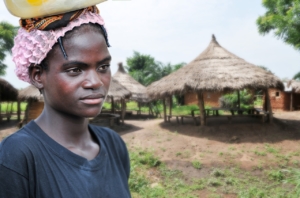 The Republic of Benin is located in the western region of the African continent. The sub-Saharan country possesses a tropical climate and a population of approximately 12 million people. Benin’s economy highly relies on agriculture. Its production of cotton provides 40% of Benin’s GDP and 80% of its exports. Unfortunately, Benin is an impoverished nation with about one-third of the population living beneath the international poverty line. The citizens of Benin also experience many different issues regarding the handling of healthcare in Benin.

Despite Benin’s relatively large size (about 110,000 square kilometers), there are only four hospitals within the national borders. A survey conducted in 1999 reported that for every 1,000 patients who arrived at hospitals to receive treatment, only 0.1 doctors and 0.2 beds were available. As a result, one of the primary methods to improve Benin’s health care is to hire and train more doctors.

The Joint United Nations Program for HIV/AIDS states that anywhere from 38,000 and 120,000 individuals in Benin may be infected with the HIV/AIDS virus. These figures are comparatively lower than in other African countries, but the virus is still spreading among young adults. Waterborne diseases such as tuberculosis, cholera and meningitis have high risks and rates of infection. Typhoid Fever poses a highly dangerous threat in Benin, as only 23% of the population has access to adequate sanitation services. Further efforts need to emerge to improve the quality of drinking water. Until then, the citizens of Benin have to rely on boiling their water to remove bacteria.

In 2010, Benin experienced the worst series of flooding that it had seen in decades. The floods affected over 800,000 people and wiped away entire villages. Due to the lack of water clean-up and filtration, people were consuming water that overflowing latrines had contaminated. As a result, reports to hospitals determined that there were nearly 800 new cases of cholera. The disaster prompted the U.N. refugee agency to activate an emergency plan to help those the floods displaced.

Despite Benin’s current progress in healthcare, child malnutrition still remains a critical marker of poverty and improper healthcare. Assumptions have also determined that over 25% of infants and children younger than 5-years-old suffer or die from malnutrition. However, the government of Benin has recently developed an innovative plan for improving child nutrition.

The new Early Years Nutrition and Child Development Project (EYNCDP) is the first step in a series of three operations that aim toward improving the delivery and quality of selected health and nutrition interventions throughout the country. This first project focuses on integrating early stimulation and learning, primary school feeding programs and policy improvement.

There is further hope toward improving the lives of the people in Benin. Since 1995, the nonprofit organization CARE has been working on projects to help families in Benin receive improved income and education. For example, CARE has organized programs to combat gender-based violence, provide access to better nutrition and improve Benin’s healthcare.

It also provides aid to communities plagued with frequent flooding. Additionally, CARE grants further assistance by helping local farmers in rural communities improve their income via loan associations. By aiding farmers with their loans and savings, CARE ensures that their families are able to make proper investments, and in turn, can buy better livestock, seeds and farming equipment.

Projects like CARE can go a long way to provide aid to people living in difficult conditions like those in Benin. Through its efforts to aid communities experiencing flooding, healthcare in Benin should improve.