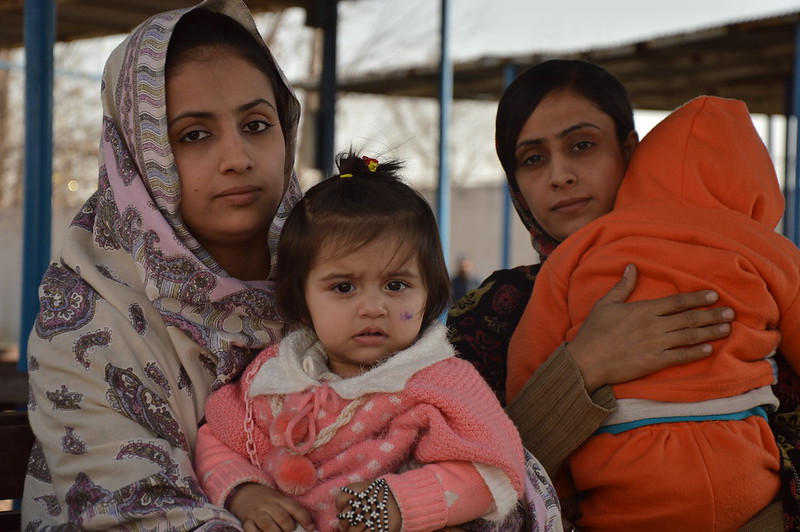 Since the first confirmed case of COVID-19 in Afghanistan in February 2020, the total number of confirmed cases rose to 93,288, with deaths reaching a toll of 4,871 on July 1, 2021. Low government capacity and limited public health resources have hampered Afghanistan’s ability to contain the virus, amounting to only 0.9% of the population becoming fully vaccinated. The impact of COVID-19 on poverty in Afghanistan has been a domino effect across the country as many have fallen below the poverty line.

As COVID-19 continues to spread, Afghan citizens grapple with increased instability in the form of Taliban attacks on national security. The reduction of U.S. troops and decreased NATO assistance resulted in a 29% increase in civilian casualties and heightened corruption.

One of the most extreme effects of the pandemic is the impact of COVID-19 on poverty in Afghanistan. In 2020, the economy contracted by 1.9%, and poverty levels rose from 41.6% to 45.5%, with more than half of the population living under the poverty line. These higher levels correspond with a significant rise in food insecurity, as suppliers raised prices in response to trade restrictions. However, the World Bank and USAID initiatives promise enhanced development of humanitarian aid efforts for Afghan citizens.

Food insecurity is part of a domino effect. As COVID-19 in Afghanistan continues to spread throughout, poverty levels climb as more civilians fall into unemployment, resulting in them being unable to purchase sufficient amounts of food because of a rise in prices.

According to the office of the Special Inspector General for Afghanistan Reconstruction (SIGAR), the combination of COVID-19 and rising urban poverty levels are resulting in 16.9 million Afghans facing crisis and emergency levels of food insecurity. Of these 16.9 million, 5.5 million are experiencing emergency levels of food insecurity, severely threatening their health.

The surge and impact of COVID-19 on poverty in Afghanistan, along with food insecurity, is partly due to the early closing of borders. In March 2020, one of Afghanistan’s primary food import and export sources––Pakistan––closed its routes to and from suppliers to prevent the spread of COVID-19, resulting in a food shortage.

Although borders opened again in July 2020, the initial closing proved to be disruptive. Nearly half of the children below 5 years old will face acute malnutrition by the end of 2021. To put food on their tables and fund medical treatment, several Afghan civilians resorted to selling their organs illegally. These combined infrastructure and economic pressures outline a need for aid to Afghanistan.

To combat the impact of COVID-19 on poverty in Afghanistan, various organizations implemented insecurity-reduction measures. In July 2020, the United States government designated more than $36.7 million to support COVID-19 relief efforts in Afghanistan through USAID. The United States allocated these funds primarily toward refugee assistance, health and disaster assistance and support for the Afghan government. This contribution proved helpful, as Afghanistan’s domestic revenues increased by 1.4% in the first quarter of 2021.

Additionally, the World Bank approved and issued a grant of $97.50 million in February 2021 to support Afghan civilians suffering the effects of droughts and COVID-19. By extension, a portion of this sum will go toward improving nutritional and food insecurity, which worsened as a result of widespread droughts and disease. This grant will also finance the Early Warning, Early Finance and Early Action Project (ENETAWF). The project aims to aid approximately 2.2 million impoverished Afghans and 78 districts struggling with poverty, drought and food insecurity.

Individuals in and outside of the United States can also support COVID-19 humanitarian aid efforts in Afghanistan by supporting Afghan businesses. Greater demand for goods will result in the creation of companies and jobs and the economy’s growth, so more funds go toward alleviating the impact of COVID-19 on poverty in Afghanistan.