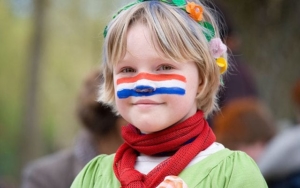 The Social and Economic Council (SEC) recommended a new approach to the government in the Netherlands to combat poverty. The Council have revealed that families in the Netherlands often do not benefit from special provisions aimed to help the poor. This is because 60 percent of children in the Netherlands who live in poverty have at least one parent with a job.

Despite recent attempts to reduce the number of poor children, such as renewed attention to poverty reduction in Dutch development policies, the number of children growing up in long term poverty has gone up 7 percent to 125,000 as of February 2019.

While the Netherlands is known as one of the wealthiest counties in the world, wealth is still not distributed evenly. Many children suffer the consequences of their family’s poverty and have less access to education and health services.

The Social and Economic Council said that authorities should appoint one official to try to quantify the problem and to improve the often-complicated forms which need to be filled in to apply for help.

Currently, a small poverty analysis and policy desk has been created within the Ministry with the main task of integrating attention to poverty reduction into all the activities of Dutch aid. Furthermore, in the field of aid implementation, there is an effort to make Dutch aid more demand-driven to reach the poorest areas of the country.

The struggle to stay above the poverty line has revealed that the amount of people holding two jobs has also increased within the Netherlands to nearly half a million people. Young people are most likely to combine two jobs. Of those 15 to 25-year old’s who work at least 12 hours a week, more than 12 percent have two jobs. This raises concerns for anyone trying to find a job and creates hostility towards immigrants.

Even the most pro-Europe Dutch political parties had 53 percent of its voters considering it unwise to allow free movement of workers. Minister for Social Affairs and Employment Lodewijk Ascher has already expressed his concerns that cheap labor could flood the Netherlands and said that former British Prime Minister David Cameron’s calls for limits on EU migration were “potentially interesting.”

The first steps of improvement have already been made by acknowledging the need for change. The Dutch policies on fighting childhood poverty need to be revised according to the SER. In 2014, a total of 378 thousand kids in the Netherlands grew up in poverty, with a remarkable 219,000 of these kids living in a home where at least one parent has a paying job. According to SER chairman Mariette Hamer, these numbers prove a new approach is needed.

Mariette Hamer also pointed out that these families are earning too little and in addition, they usually deal with paying off debt. The SER’s advice includes appointing a poverty manager in each municipality. This manager can help improve the cooperation between the different institutes and simplify procedures. The manager must also help low-income households find their way to services that can help. This new approach in the Netherlands could greatly help those in need.

Why Does It matter?

Wealthier countries, like the Netherlands, provide research to help poorer countries make good decisions. While their poverty levels are not nearly as bad as other areas of the world, there is still room for improvement. The policy has to be based on evidence. Academics, development organizations and research is needed to provide evidence for what works and what doesn’t.

Poverty reduction is a moral issue, but it is also a matter of smart policy. More prosperous societies are more stable societies. By working out a new approach in the Netherlands, it could help other children living in poverty all over the world.