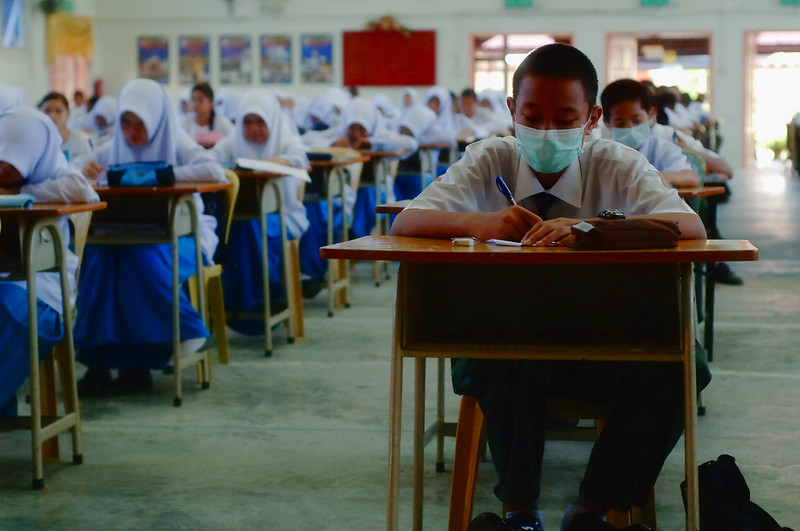 According to the 2022 United Nations World Economic Situation and Prospects report, Malaysia is listed as an upper-middle-income developing country. However, a large proportion of the country’s population is still struggling with not only absolute poverty but also relative poverty as well as increasing inequalities. Those with low socioeconomic status (SES) have less access to healthcare, which increases their vulnerability to Sexually Transmitted Infections (STIs) and other diseases. Although subjective, factors like income, financial security and educational attainment can determine SES. Economic inequality can impact STI preventative information, infection rates and treatment accessibility. This is where sex education in Malaysia can play an important role in preventing STIs and other reproductive health issues.

The Importance of Sex Education

Between April and May 2022, Durex Malaysia conducted a nationwide Sexual Health and Intimate Wellness Survey online to study Malaysian youths’ knowledge of sexual health. This study surveyed more than 1,000 Malaysians between 18 and 30 years old. The survey found that Malaysian youths are engaging in more sexual relations at 35%. This is an increase from the last 2016 Durex survey which indicated 18.8%. The findings highlighted gaps and misconceptions in their understanding of STIs and women’s reproductive health. The United Nations Population Fund (UNFPA) defines comprehensive sex education as a “rights-based and gender transformative approach” that is taught inside and outside schools. Educators teach it over several years by taking into account age-appropriate information for young people. UNFPA notes that sex education should discuss culture, gender roles, relationships, family life, human rights as well as bodily autonomy and threats such as sexual abuse and discrimination.

Engaging young people in exploratory discussions helps them to understand and develop positive values about their sexual and reproductive health and rights. Organizations like UNFPA work with governments to apply sex education through community training and outreach. It also advocates for policies and investments for internationally standardized programs. In 2018, the agency published “International technical guidance on sexuality education: an evidence-informed approach.” It acts as a tool for curriculum developers to create comprehensive sexual education curricula as UNFPA described. Schools do not have a comprehensive sexual education curriculum in Malaysia.

There was a 2011 study that analyzed schools’ coverage of sex education in Malaysia. Respondents of the study stated that the effectiveness of instruction depended on the teachers themselves. Ninety-five percent of the respondents expressed vague teaching processes regarding sex education. This is due to incomplete coverage of topics or ineffective teaching methods. Sexual education in Malaysia is most commonly delivered through biology and Islamic study classes. These classes cover physical adolescent development, reproductive development and sex in an Islamic context. Most of the criticisms regarding sex education as taught in Malaysia’s schools stemmed from the lack of a comprehensive syllabus. STIs and HIV/AIDS continue to affect many people in Malaysia.

STIs and Efforts to End HIV/AIDS

A Malaysian medical lifestyle application named Cleadoc reported that the top three common STIs in Malaysia are syphilis, gonorrhea and HIV. There were approximately 82,000 adults and children living with HIV in Malaysia as per the statistics provided by the Joint United Nations Programme on HIV/AIDS (UNAIDS). In 2017, UNAIDS set up “90-90-90”, an ambitious treatment target to help end the HIV/AIDS epidemic by 2020. UNAIDS document mentioned achievable targets stating that 90% of people living with HIV would be aware of their HIV status by 2020. Another 90% of patients with a diagnosed HIV infection would have received sustained antiretroviral therapy by 2020. It also stated that 90% of those who were receiving antiretroviral therapy would have their viral load suppressed by 2020.

As reported in the 2021 Global AIDS Monitoring Report that the Ministry of Health Malaysia’s HIV/STI/Hepatitis C Section produced, there were more than 153,000 reported cases of HIV/AIDS in 2020. The cumulative number of deaths related to HIV/AIDS was 45,450. Malaysia’s progress toward the 90-90-90 treatment target was 87-58-85 respectively. However, organizations in Malaysia have been actively advocating to improve access to sex education.

UNFPA works with the Federation of Reproductive Health Associations of Malaysia (FRHAM), one of the country’s three main sexual and reproductive health (SRH) program implementation partners. This partnership focuses on hard-to-reach populations with the help of health screenings, tests, contraceptive access services and general sexual/reproductive advisement. The service-based nonprofit, FRHAM is the leading non-governmental organization (NGO) in Malaysia that also advocates for SRH. It promotes access to information and services on sexual and reproductive health and rights (SRHR). FRHAM also conducts workshops, training and exhibitions to engage with specific target groups to help develop knowledge and skills as “peer educators.” Organizations have been teaming up to improve false perceptions of SRH in Malaysia.

After Durex conducted its first survey, it teamed up with the Women’s Aid Organization (WAO), FRHAM and AISEC Malaysia to help correct the false perceptions regarding SRH among young Malaysians. Alongside Durex, the government launched an awareness and education campaign in 2013 called Choose2Protect. It was the first program of its kind for youths to educate one another. They receive training on issues concerning reproductive health, including the dangers of STIs. They also receive soft skills training that allows them to share knowledge in culturally and religiously sensitive contexts. The program emphasizes the importance of remaining non-discriminatory and non-judgemental.

The results of the 2022 Sexual Health and Intimate Wellness Survey were revealed with a #COMETOGETHER campaign which promoted open conversations on sex amongst the Malaysian public. The goal was to inform the public with accurate information and help them make informed decisions. This occurred through question-and-answer social media posts, workshops at higher-educational institutions and an “A-Z Pleasure Guide” that influencers and health experts developed. Some are taking steps to address the lack of comprehensive sex education in Malaysia. Organizations like UNFPA, FRHAM, WOA, Durex and the government are working together to close the gaps.