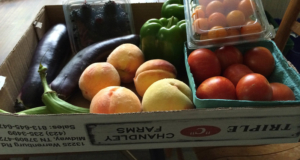 South Africa’s poverty rates have long been high, and the pandemic exacerbated the situation for the country’s lowest-income people. Furthermore, weeks of riots in South Africa have left buildings burning, food scarce and many people in Durban and the surrounding cities starving.

Reasons for the Riots

On July 8, South Africa’s former president Jacob Zuma started serving a sentence of 15 months in prison for contempt of court, an offense that entails disrespectful or insulting behavior toward a court of law or law officials. Zuma’s imprisonment angered supporters, especially in his home province of KwaZulu-Natal. As a result, violence and unrest began to spread within the province.

Rioters blocked major highways and burned about 20 trucks, resulting in the closing of two major roads that link the Indian Ocean ports of Durban and Richards Bay to the industrial hub of Johannesburg and Cape Town. Furthermore, looters ransacked shopping malls, taking food, electronics, clothes and liquor. The attacks spread through KwaZulu-Natal to the Gauteng province, the country’s largest city of Johannesburg and the seat of the country’s executive branch, Pretoria. In Durban and Pietermaritzburg, rioters also burned warehouses and factories, collapsing many of their roofs. A week into the riots, 25,000 army troops were deployed, ending the violence, but plenty of damage had already been done.

The Manipulation of the Poor

Thousands of businesses have closed due to fear of ambush by rioters. In addition, because of many looters taking clothes, food, medical supplies and even flat-screen TVs, more than 200 malls have been forced to shut down.

With many businesses closing down in the Durban area, food, clothes and other supplies are rarities. For people living in poverty in Durban and the surrounding towns, food was always scarce, but now it is even more so than usual. Professor Mcebisi Ndletyana, a political analyst, said the communities have left people in poverty to fend for themselves in a system that keeps them in poverty, causing them to start lashing out.

While the riots initially protested the jailing of former President Jacob Zuma, their continuation reflected general grievances over the inequality and poverty that have rocked the country. Amid people in poverty’s anger about decades of mistreatment and discrimination, criminals used the chaos for their own benefit. 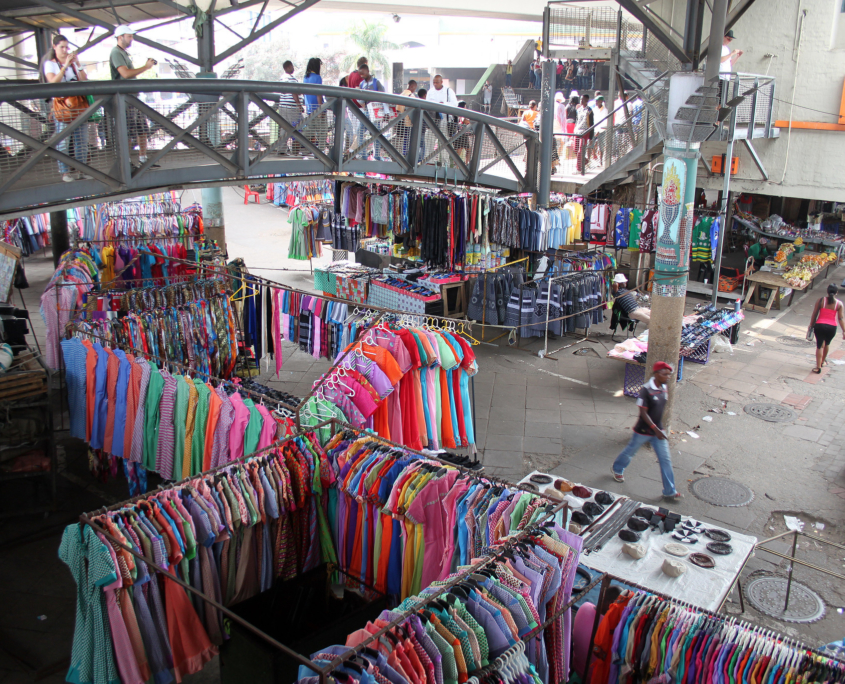 If you walk down a busy street in any of South Africa’s major cities, you are bound to witness some type of informal economic activity. Whether it be a fruit stand, street-hawker selling earphones or an informal car wash business, the informal economy in South Africa is a crucial part of life for many of its residents.

The Importance of Informal Trade

Informal trade refers to any unregulated, unregistered, unprotected and untaxed activities, enterprises, or transactions. Informal jobs are an essential source of income for many poor South Africans—18 percent of working citizens work in the informal sector—a total of over three million workers. Additionally, the sector accounts for 18 percent of South Africa’s GDP. While these numbers are smaller than those of other developing countries, they emphasize the importance of informal trade in an economy with stark unemployment rates—26.6 percent as of 2016. Informal markets, like Durban’s Warwick Markets, provide jobs for those who are unable to find formal employment. Thousands depend on these markets for produce, cooked meals and clothing at affordable prices. Furthermore, the informal workforce in South Africa is overwhelmingly poor, young females. In fact, the poverty level in an area correlates positively with the proportion of people working in the informal economy.

The government recognizes the informal economy in South Africa as a viable and important form of employment and enabler of economic mobility for the country’s poor. Experience in the informal sector can help untrained people acquire skills, potentially aiding future integration into the formal sector. According to economist Loane Sharp, the informal economy in South Africa is growing faster than its formal counterpart. This prompts the government to pass policy encouraging and protecting the sector. The National Informal Business Upliftment Strategy of 2014 set up a framework of government assistance with skills development, marketing, technical support, infrastructure improvements and management training. This “inclusive growth” strategy focuses on enabling South Africa’s poor to participate in the economy rather than merely redistributing wealth through social welfare programs.

Non-governmental organizations are also working to improve conditions for informal traders. Asiye eTafuleni is an NGO in Durban that works with local government officials and vendors in the informal sector (particularly the Warwick Markets) to assist in developing infrastructure, consultations for urban planning and advocacy for informal workers. The organization also directs tourism to the Warwick Markets, educating foreigners and visitors on the functions and importance of the markets, and bringing the vendors eager customers. Asiya eTufuleni is a member of the Inclusive Cities mission, which focuses on uplifting and strengthening groups of working poor in the informal economy. The Inclusive Cities project aims to support the urban poor through lobbying, policy planning, and research. One of the ways the project does this is by advocating for “waste pickers’ rights,” the legal right of individuals to collect garbage to recycle into sellable goods. These rights are under threat by the privatization of solid waste management in many cities across Africa. Inclusive Cities also conducts research and analysis of the informal economy to support future endeavors and activism.

A Struggle for Informal Business Owners

There are many downsides to informal trade which make its participants particularly vulnerable. Informal business owners are often deterred from registering their enterprises by high taxes and strict regulations. Informal working conditions are unregulated by nature and therefore often poor. Dangerous locations, limited book-keeping skills and lack of insurance put informal traders at constant risk of losing their livelihoods. Average earnings for informal workers are less than half of what the formally employed earn. And although recent policies are attempting to expand this sector of the economy, informal workers still face significant intimidation and harassment by local law enforcement.

In July 2018, hundreds of informal traders protested by-laws which would prohibit trading in certain areas. These potentially harmful by-laws would allow law enforcement to confiscate the goods of traders without permits. The leader of the activist group responsible for organizing a march on Durban City Hall complained that the traders themselves were not included in the creation of these laws. The permit allocation procedure, he says, is corrupt, with officials soliciting bribes in exchange for permits.

It is clear that despite efforts by the government and NGOs, conditions of the informal sector have remained unsatisfactory. The disconnect between national policy, like the National Informal Business Upliftment Strategy, and local municipalities is one obstacle in the way of a safer, healthier informal sector. The informal economy in South Africa provides crucial wages for the country’s poorest and most vulnerable populations; resources should be channeled to encourage and protect laborers and merchants in the sector. 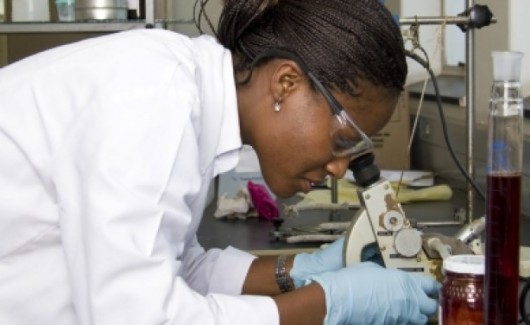 As the United Nations Sustainable Development Summit begins, the Third World Social Science Reform (WSSR) is meeting to find solutions addressing global poverty and ending inequality. For South Africa, this event will be particularly important as the country seeks to overcome issues of imbalance aross the nation.

The WSSR, which was held from September 13 through September 16, gathered over 850 delegates from 57 countries worldwide to bring social science knowledge to issues plaguing the world today including poverty and inequality, human rights, and the role of civil society action.

The four-day event was themed “Transforming Global Relations for a Just World” suggesting the collaboration from the world’s top researchers and stakeholders could bring about positive action to world problems.

South African Minister of Science and Technology Naledi Pandor made clear that South African scientists and inventors must work harder to put the continent’s goals in line with the global standard.

“They [scientists and inventors] tend to be an indication of a worrying inequality. We don’t publish; we don’t have a significant numbers of PHDs and we are not innovative enough. We don’t even have new products and we also don’t introduce services. We come off rather dismally,” said Pandor.

This is exactly how Africa as a whole is viewed to the world: under-developed, poor and little-to-no education. Currently, 70 percent of the world’s poor resides in Africa.

This statistic can be changed with the collaboration from ambassadors and representatives to make Sub-Saharan Africa something to boast about. As problems continue to set the country back, there have been many success stories.

Local activist Desmond D’sa from the South Durban Community Environmental Alliance believes money should be focused on science & technology projects that can create jobs and be less harmful to the environment.

While South Africa continues to find solutions, it will be interesting to see how they incorporate their scientific knowledge and discover new, inventive ways to solve global poverty. 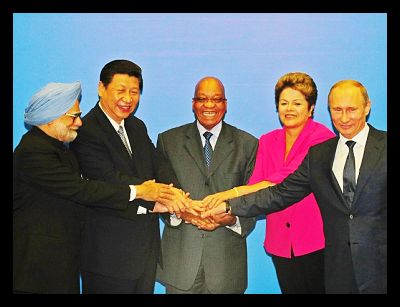 Leaders of BRICS (Brazil, Russia, India, China, and South Africa) announced at the end of their summit in March in Durban their intention to start a new Development Bank.  This Development Bank will be used to mobilize resources within developing countries to build infrastructure and promote sustainable development projects.

Over the last four decades, the nations of BRICS have seen enormous success in economic development and are coming together to see that their futures are bright and full of opportunities.  As developed nations struggle through their own economic difficulties, the Development Bank will serve to bridge a gap in funding.  Infrastructure requirements in emerging-market economies point to the need for the availability of credit and sources of financing. With 1.4 billion people lacking reliable electricity, 900 million lacking access to clean water, and 2.6 billion without adequate sanitation, the Development Bank will be a key player in addressing the long-term sustainable solutions to those problems.  In addition, the forecasted large migration to cities calls for policymakers to fund environmentally sustainable investments.

Predictions for infrastructure spending within the developing world top $2 trillion annually in the coming decades.  This spending will allow nations to achieve long-term poverty reduction and economic growth. The private market will still be relied upon, but their dollars can only go so far. The Development Bank will fill the gap and become a catalyst for change in developing countries.

As the world economy is changing, the Development Bank provides BRICS a chance to reflect on those changes within an institution that utilizes modern financial instruments, strong governance, and broad-based mandates.  The bank can capitalize on new development partnerships and collective action as well as innovative and cost-effective approaches.  While developed countries still have a strong role to play in global development, the shortfall in assistance and need for quick decisions make the Development Bank a welcome institution in the marketplace of emerging countries. 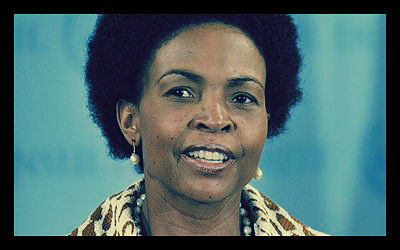