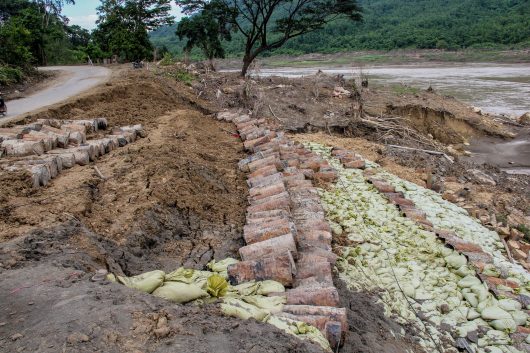 Over the past 20 years, 139,515 deaths have resulted from natural disasters in Myanmar. Myanmar has experienced more of these fatalities than almost every other nation, with the exceptions of Haiti and Indonesia. In order to better prepare for and combat future consequences of natural disasters, Myanmar is working to improve its disaster training and community resilience practices.

The aftermath of natural disasters takes a toll on any nation but is generally worse in low-income nations. Myanmar’s floods in summer 2015, for example, caused 132 deaths, destroyed 1.2 million acres of rice and resulted in economic losses equaling 3.1 percent of the country’s GDP. Another 400,000 lives were disrupted by flooding in summer 2016, with additional damages to 400,000 acres of paddy fields. Such frequent and widespread damages necessitate policies of prevention, rather than reaction.

Myanmar has committed to a region-wide funding system to promote disaster preparedness. The fund “is an expression of the solidarity shared within the region, as well as recognition that preparedness is less costly than response,” said Poonam Khetrepal Singh, the U.N. World Health Organization’s director for the Southeast Asia Region. This funding will allow Myanmar and other Southeast Asian countries to invest in the infrastructure and human resources needed to improve disaster preparedness.

Recent conferences and training seminars have further sought to change the attitude of response to one of prevention. Training has been conducted through the Adaptation Fund’s project entitled, “Addressing Climate Change Risks on Water Resources and Food Security in the Dry Zone of Myanmar.”

This project seeks to enhance disaster preparedness through community-based prevention practices. Protecting against the effects of natural disasters in Myanmar is also embedded in the Constitution, and Parliament has discussed and approved prevention plans for the 2016 El Niño heatwave. Integrating this narrative into legislation presents a genuine commitment to institutionalizing preventative measures.

Preparation for natural disasters in Myanmar is especially important in the country’s Dry Zone. Plagued by scarce water, thin vegetation cover, severely eroded soil and chronic poverty, residents are very limited in their livelihood opportunities. By taking preventative measures to enhance development and minimize the risks of future disasters, the Adaptation Fund’s project and other resilience-oriented training prove dedication to mitigating disaster-related effects.

The International Day for Disaster Reduction, observed this year on Oct. 13, marked a call for collaboration on disaster preparedness and reduction. In his 2016 message, U.N. Secretary-General Ban Ki-Moon encouraged governments and civil society members to work together towards the common goal of risk reduction. The pursuit of disaster training and community resilience shows a commitment to proactive climate action and changing attitudes of disaster response to disaster prevention.