Honduras, officially known as The Republic of Honduras, is a small country in Central America bordering the Caribbean Sea. The Latin American country has had a rocky political climate since the 1980s and is full of corruption across all levels of government. Here are 10 facts about corruption in Honduras that everyone should know.

10 Facts About Corruption in Honduras

These 10 facts about corruption in Honduras are evidence that the political climate in the region is rough. However, the security forces loyal to the President of Honduras weakened because the United States cut the funding. Additionally, groups like MACCIH are still working hard to combat corruption and impunity among the Honduran government. Protests continue despite the threat of violence. Also, Honduran activists continue to make their voices heard with the help of the Organization of American States. 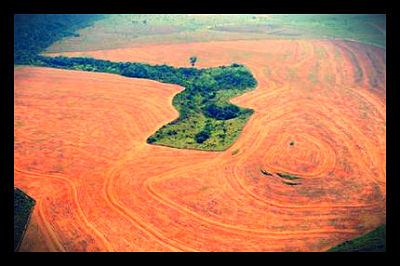 According to a report by the journal Science, drug smuggling is linked to a rising rate of deforestation in Central America.

To ease the process of illegal drug transportation in Honduras and Guatemala, landing strips are built in remote forests. As a result, the report argues that there is a correlation between the recent increase in drug activity and the deforestation rate in these locations.

“In Honduras, the level of large-scale deforestation per year more than quadrupled between 2007 and 2011, at the same time as cocaine movements in the country also showed a significant rise,” states the BBC while covering the report published in Science.

In many cases the governments of Guatemala and Honduras have less control over the forests and people of the countries than drug dealers. Now that Honduras has the highest homicide rate in the world, people within the indigenous communities are too intimidated to report any activity involving drugs.

The researchers assert that declaring a “war on drugs” causes traffickers to expand their activities into rural areas, which ultimately harms indigenous communities and ecologically important forests.

“Once you start fighting them, you scatter them into more remote locales and greater areas become impacted, more people get involved and you raise their profits as they put a risk premium on their products,” said Dr. Kendra Mcsweeney, the lead author of the study.

As strange as it may sound, building illegal landing strips for drug-transporting planes in remote areas is actually a common practice. According to an InSight Crime article, the Mexican Secretariat of National Defense revealed, “92 landing strips had been decommissioned during the first six months of Enrique Pena Nieto’s presidency.”

Unlike Honduras and Guatemala, the Mexican government is more successful in shutting down illegal landing strips. However, the demand of drugs from the United States is too strong for the drug cartels to discontinue their operations. It was not long until the cartels began coming up with new ways to transport their product into the U.S.

“Planes have been modified to be able to take off on very short runways, or land on rocky terrain. Meanwhile, ultralight aircraft, which are hard to detect and can use runways less than 100 feet long, are now being increasing used for very short flights across the U.S.-Mexico border,” the article states.

Deforestation is a problem not only for Guatemala and Honduras, but also for the rest of the world because it contributes to global climate change.