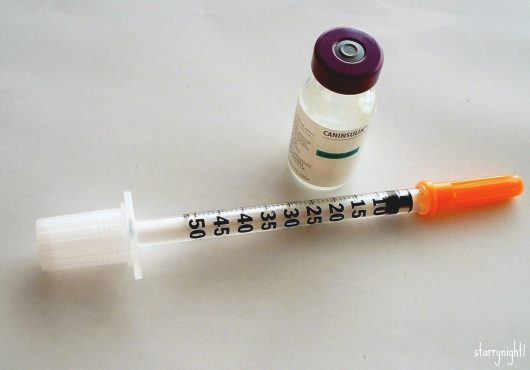 Portugal has a population of 10.5 million as of 2016, and a mortality rate of 548.6 deaths per 100,000 people. The top ten most common diseases in Portugal in 2016 were ischemic heart disease, cerebrovascular disease, Alzheimer’s disease, lower respiratory infections, COPD, colorectal cancer, lung cancer, diabetes, chronic kidney disease and stomach cancer.

The rates of ischemic heart disease, cerebrovascular disease, diabetes and stomach cancer have all gone down in recent years, though they still rank in the top ten. The top ten causes of disability in 2016 were low back and neck pain, sense organ diseases, depressive disorders, migraines, skin diseases, anxiety disorders, oral disorders, diabetes, falls and other musculoskeletal issues.

While Portugal has made strides in reducing the rates of the diseases described above, its biggest success has been in tackling addiction, particularly to heroin.

In the 1980s and 1990s, a major opioid epidemic made addiction one of the most common diseases in Portugal. By the mid-1990s, over one percent of Portugal’s population was addicted to heroin, and cocaine use was also prevalent.

To address this epidemic, Portugal took the opposite approach to other countries struggling with a similar epidemic, such as the United States. Whereas the U.S. cracked down on drug use and initiated a war on drugs, Portugal completely decriminalized all drugs, including heroin, in 2001. Dealing drugs was still illegal and punishable with jail time, but users caught with less than a 10-day supply of any drug were sent to mandatory medical treatment.

A model for change?

While any radical change in policy must be considered in the context of each country’s current legal system and culture, aspects of Portugal’s approach to addiction constitute a model that could be successfully implemented across the world.

The basis of this model are outreach programs whose employees keep track of local drug users and encourage them to quit. If they accept, they provide them with free counseling and treatment and daily methadone to wean them off the opioids. If they refuse to quit at that time, then outreach workers hand out clean needles and condoms to reduce the spread of HIV/AIDS.

The most common diseases in Portugal are similar to those across the European Union. What makes Portugal stand out is its reaction to one particular disease: addiction. If Portugal brings this innovation to other realms of disease prevention, it could be poised to drastically lower its disease burden in the coming decades. 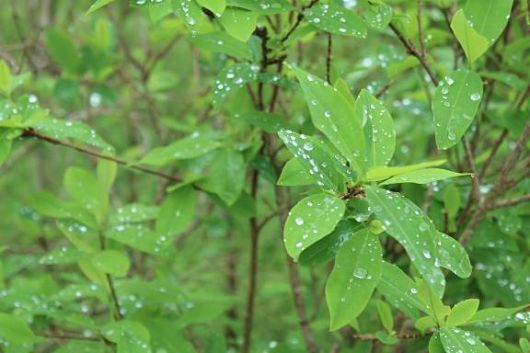 Coca leaves have been consumed by natives in Bolivia for centuries. The native Bolivian population used coca to treat many medical conditions such as fatigue and altitude sickness as well as hunger and thirst. In many other countries, however, coca consumption is frowned upon and the substance is considered a narcotic.

When Pope Francis recently visited South America in early July, he drank a brew of chamomile, anise and coca leaves — an ancient South American elixir that wards off altitude sickness. This led to some stir on the internet regarding his consumption of coca.

Bolivia is considered a lower-middle-income country, where the gross national income in 2014 was USD $2,830 per person, according to the World Bank. Coca production in Bolivia contributes greatly to the economy and is a means of livelihood for many farmers. It is the second largest producer of coca leaves behind Peru.

During the 1980s, coca production and trade amounted to USD $1 billion in annual exports, according to an analysis by the United States Library of Congress. That number is much higher today: in 2014, Bolivia’s GDP was $34.18 billion, according to the World Bank.

There is, however, a dark side to coca leaves. It is the main ingredient used to process cocaine. Bolivia supplied over 15 percent of the cocaine that reached the streets of the United States in the 1980s, making it a strong target of international criticism from Congress.

At the 1961 United Nations Single Convention on Narcotic Drugs, coca was outlawed and Bolivia’s use of coca was greatly limited and restricted. The treaty commanded Bolivia and other Andean nations to ban the consumption of coca leaves amongst their citizens.

In its natural state, the coca leaf is not scientifically harmful, and consuming it is a benign practice that is central to the cultural practice of millions of indigenous South American people. The treaty, however, declares that the exportation of coca is restricted; most countries outside of South America consider the trade and exportation of coca illegal, even in its natural state.

But the outlawing of coca over 50 years ago has led to many continuous problems in Bolivia, including the illegal smuggling of coca paste throughout South America in order to process cocaine. The cocaine trail is a lucrative business that entices poor farmers to sell a portion of their crops to support their families.

Drug cartels hold citizens hostage, run prostitution rings and force violence wherever they are operating. In order to profit through the black market, it is in their best interest to see that nations do not work together to solve problems such as legal coca trade.

In 2011, the Obama administration rejected Bolivia’s proposed amendment to change the treaty and allow citizens to chew coca. A change in policy and cooperation between the United States and Bolivia would not only increase popularity among the nation’s people but would also strengthen drug prevention efforts throughout the region.

The move would allow farmers to legally sell their goods, encouraging them to not trade their crops to drug traffickers. The sales would boost the economy of Bolivia and other South American countries, allowing more resources to be allocated to fighting the real violent criminals.

In turn, the United States would also get more cooperation from the Bolivian government, gain trust and better strategically combat cartels. Not all of the problems with drugs can be solved with a single policy, but together, by working to carefully reform international coca laws, the United States can help reduce poverty and illegal drug operations that are plaguing North and South America.

Over the past year, an influx of children has been immigrating to the United States. This has been connected to the increasing violence in Central America, which in turn, has recently been linked back further to the drug trade based in the areas of emigration. This drug trade seems to be fueled by markets in the United States.

Since October 2013, about 57,000 unaccompanied children have illegally crossed the U.S.-Mexico border. Three out of four of these children are from Central America, and most from Honduras.

Honduran President Juan Hernandez spoke out about the link between drug trafficking violence and children fleeing the country. “Seven out of nine children who venture on the dangerous journey toward the United States come from the most violent areas of Honduras. Those are also the regions where the drug cartels are most active,” he stated.

The President then requested the United States to aid the drug problems continuing in Central America, as the United States fuels the market. After a group of Hondurans were deported back to San Pedro Sula, Honduran first lady Ana Garcia de Hernandez spoke out about the issue, stating:

“The countries consuming drugs need to support and take joint responsibility because if there wasn’t demand, there wouldn’t be production and we wouldn’t be living like we are.”

While the cartels were mainly in Mexico and Colombia in the past, large operations were carried out to minimize the illegal drug trade there, which pushed much of the trafficking to Honduras, Guatemala and El Salvador.

Hernandez suggests that the United States fund similar anti-drug programs in Central America that have been carried out in Mexico and Colombia in order to curb violence. This, in turn, would lead to less emigration.

While Honduras is hopeful for aid from the U.S., they are still making other plans to address the crisis. The Honduran government requested Mexican officials to add four new Honduran consulates to the U.S.-Mexico border in order to provide humanitarian aid to those who need it.

It is predicted that without U.S. aid directed toward alleviating the drug problem, more than 150,000 unaccompanied minors could leave Guatemala, El Salvador and Honduras for the United States border.

Marc Rosenblum, deputy director of the U.S. Immigration Policy Program, states that one of the biggest challenges for the U.S. will be creating a balance between responding to the influx of immigrants humanely without encouraging more to cross over illegally.

The current U.S. fiscal plan announced by the Department of State is to slash $285 million in aid to Latin America and place it toward military training, drug policy and social programs. Central America is hopeful that this will change.

President Ollanta Humala announced a change in the drug policy. Placing on hold the forcible eradication of coca plants in the Vrae area, a valley noted for its cocaine production from the coca plant, Humala has pushed forward the policy of crop substitutions.

The announcement follows the dismissal of the president’s drug czar, Carmen Masias. The decision signals a reversal in Peru’s approach to the drug production in the Vrae region. Earlier this year, Masias had announced a joint effort of militarized eradication that would be half-funded by the United States.

The previous policy was heavily opposed by the farmers in the region, resulting in protests and threats of resistance. Critics of the policy stated that such efforts would only serve to benefit Shining Path rebels by turning the coca plant growers against the authorities.

The coca plant functions as the region’s only cash crop and many livelihoods are dependent upon the plant. In 2013, the government eradicated 23,947 hectares (One hectare is approximately equal to 10,000 square meters,) a quantity that made little difference once farmers quickly replanted new coca plants.

Humala has committed $214 million to building roads to help the region ship alternative crops to markets. In addition, the government hopes to reduce the chemicals required to manufacture cocaine.

Although the Vrae region will no longer see forcible eradication, the policy will continue in other parts of Peru. The government aims to eradicate 23,000 hectares in 2014, a decrease from the original goal of 30,000 hectares.

In 2012, the U.S. Drug Enforcement Administration named Peru the largest cocaine producer, surpassing other cocaine producing countries such as Colombia and Bolivia.

As a component of the U.S. drug war, Peru received $100 million from the U.S. government to combat drug production — half of the U.S. aid that is provided to Peru.

The changing policy of Peru may indicate a growing sentiment in Latin America toward the ravages of the drug war.

Uruguay has become the first Latin American country to legalize marijuana and Bolivia utilizes a voluntary reduction program. Guatemala and Colombia also have been backing changes to the drug policy despite few actual changes to policy.

Critics of the drug war condemn the innocent loss of life that has resulted from the war. Colombia has lost over 15,000 lives, many innocent victims, over the course of its 20-year drug war.

In addition, many believe the influx of funds that are used to combat cartels and drug production could be better used to reduce poverty. For many of the farmers that grow the coca plant, its production is the only crop that provides enough funds to survive.