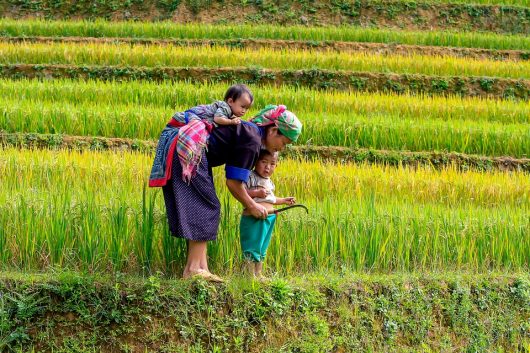 In South Asia — where the majority of the wold’s rice is grown — submergence stress causes $1 billion in annual losses. However, breeders have developed a new form of rice, known as Sub-1 or “scuba rice” which is capable of surviving underwater. This innovative breed of rice aids smallholding farmers in their fight against flooding.

Conversely, Southern Africa is undergoing one of its worst droughts in nearly three decades.

Plant breeders have designed these new varieties deliberately depending on the climate change and growing conditions of the area. Farmers using climate smart crops produce crop yields of equal or greater value in comparison to commercial crop varieties.

Farmers in Rwanda who are using the improved bean varieties have seen their yields increase by more than 50 percent.

Edward Mabaya is an agricultural economist and the Associate Director of the Cornell International Institute for Food, Agriculture & Development. Mabaya grew up on a small rural farm in Zimbabwe and understands the impact that agricultural development can have on developing nations.

In his article for Al Jazeera, Mabaya said, “I owe my education, and my consequent escape from poverty, to improved seed varieties.”

Agricultural research and development allow for the creation of products like climate crops. Countries in need of innovative solutions to poverty and hunger benefit greatly from their distribution.

“When the Gates Foundation started focusing on poverty alleviation in the developing world, the co-chairs realized that agricultural productivity was going to be a very important part of the process of getting people out of absolute poverty,” stated Gary Atlin, Senior Program Officer of the Bill and Melinda Gates Foundation, in an article for Devex International Development.

The Bill & Melinda Gates Foundation, along with other non-profit organizations, have invested in STRASA and other projects helping to make agricultural innovation a priority in the fight against poverty and hunger.