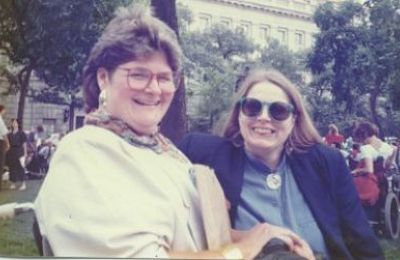 Consider every disenfranchised, marginalized group that you know needs help and would benefit from ending global poverty. Perhaps your thoughts shifted from the homeless in the United States to refugees abroad, from girls and women denied education to young boys who are child soldiers. One large minority group that is arguably among the most underrepresented are those people who suffer from a disability. Even in the United States, a nation looked up to by much of the world, the disabled don’t enjoy the same rights and perks that are afforded to many others; they’re often lost in the shuffle.

One group out there that aims to decrease the marginalization of the disabled is the Disability Rights Education and Defense Fund (DREDF). Their mission highlights the civil liberties of the disabled, offering education and legal advocacy aimed at ending discrimination. According to DREDF, one quarter of those with disabilities live in poverty and only 20% realize post-secondary education. Three quarters of them are unemployed, resulting in tremendous setbacks including segregation, inaccessible accommodations, and general societal prejudice in America. DREDF informs the disabled of their rights so they can fight injustices and be treated as everyone else is in their community. Government and legal professionals are also educated about the issues and laws.

According to The Leadership Conference at civilrights.org, the disabled are targets for discrimination in matters dealing with housing and employment which can affect the poverty rate. The societal exclusion and isolation associated with having a disability is precisely why organizations like DREDF exist and underscores the importance of education, advocacy, and tolerance from the general public. Unfortunately however, many people are subjects of violent crimes due to their conditions which ultimately qualifies as hate crime. Many violent acts go unreported or are simply mislabeled as “abuse.” Civilrights.org posits:

“…hate crimes against people with disabilities are often never reported to law enforcement agencies. The victim may be ashamed, afraid of retaliation, or afraid of not being believed. The victim may be reliant on a caregiver or other third party to report the crime, who fails to do so. Or, the crime may be reported, but there may be no reporting of the victim’s disability, especially in cases where the victim has an invisible disability that they themselves do not divulge.”

A recent example of DREDF in action in unfortunate circumstances is their call for the U.S. Department of Justice to prosecute the murder of Alex Spourdalakis in Illinois. Alex was a 14-year old autistic child who was brutally killed by his mother and godmother because of his condition. Prosecution under the Matthew Shepard and James Byrd, Jr. Hate Crimes Prevention Act of 2009 would make the heinous act a hate crime. DREDF also cites a Department of Justice report citing that instance of violent crime against the disabled is over twice the rate of that for those who aren’t disabled. The abhorrent acts by the worst in our society who callously devalue the lives of those with disabilities must end.

As a society, we must be mindful of the differences that are guaranteed to exist in our lives. Tolerance is born from education, and that also leads to understanding and empathy. Those with disabilities are people who are entitled to the same rights that we have come to expect and enjoy on a daily basis. If you’d like to directly donate to the Disability Rights Education & Defense Fund, you can do so here: http://dredf.org/donate.shtml .We can’t forget what human life means.