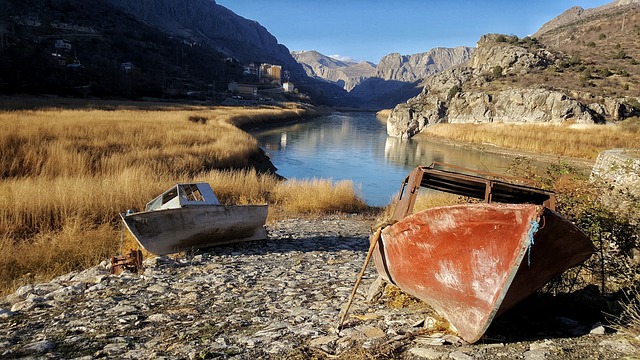 “We are facing the worst drought Venezuela has had in almost 100 years,” said Hugo Chávez, the late Venezuelan President in 2010. The drought problems have not improved, and as the country faces issues from an incredibly dry season, officials on May 6 have implemented water rationing in the capital Caracas and nearby regions. This will leave some six million people without water three days a week.

Venezuela’s dry season has, moreover, extended longer than normal, adding to the drought the country has been facing. There are three water reservoirs surrounding the capital city, and one of them has already reached record lows, falling below minimum capacity. The rationing plan is set to last for four months, lasting until August or September.

Critics are blaming the current president Nicolás Maduro and the socialist government for the severity of the problem though, rather than the weather.

“Instead of waiting for storage ponds to dry, the government should have implemented a less burdensome, water-saving plan months ago,” said Carlos Ocariz, mayor of the capital’s Sucre district. He went on to say that no new reservoirs had been built during the last 15 years, possibly leading to the severity of the problem today.

Other reservoirs, though, still contain enough water for the moment. The Camatagua reservoir can continue providing water for 820 more days, according to the country’s environment minister, Miguel Rodríguez. But even when fully operating, the water supply in the capital is below international standards, only providing enough water for household use and not enough to meet commercial and industrial needs.

The drought has caused other problems for Venezuela. Hydropower provides up to two-thirds of the produced electricity, and with the lack of rainfall, power shortages are a constant worry for citizens in rural areas. According to critics, management and underinvestment are also to blame for the shortages.

Neighboring country Colombia is also suffering from the drought, prompting the country to reduce gas exports to Venezuela. This is to ensure that Colombia has enough fuel to run its own power plants, putting further pressure and reliance onto Venezuelan hydropower.

Furthermore, protests occurring in Venezuela have been occurring for more than two months, fueled by resource shortages, crime and inflation. With a lack of constant access to water and related services, the protests could continue to get worse. Already, the unrest has seen 41 deaths as well as over 700 injured.

As the El Nino weather continues in the region, the country faces a water shortage that could cause many problems across the board for Venezuela. The choice by the government to start rationing the water should help ensure a continued supply for the citizens for now, however. With any luck, and with officials hoping the rationing program will only be needed until August, Venezuelans won’t have to suffer long until the rainy season returns to abate the country’s water shortage.