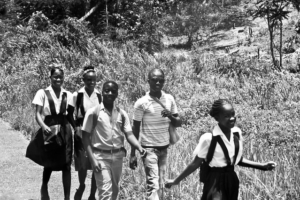 Jamaica has one of the highest rates of youth unemployment in Latin America and the Caribbean, with 21.8 percent of youths unemployed as of January 2019. However, this rate represents a significant improvement after reaching a high of 37.5 percent in 2013. The World Bank and the Government of Jamaica are working to continue this progress in reducing youth unemployment in Jamaica by creating and supporting programs designed to increase opportunities for young Jamaicans.

Recent research has revealed that there is an even greater disparity when comparing young women and young men. In January 2019, the unemployment rate was 17.9 percent for young men and 26.5 percent for young women. The recent progress in reducing youth unemployment in Jamaica is still remarkable and has been highlighted by many, including Kemesha Kelly, a youth advocate and lecturer at The University of the West Indies, Mona

Kelly has stated that “everyone must participate in the progress. Putting job creation at the heart of economic policymaking and development plans will not only generate decent work opportunities, but also more robust, inclusive and poverty-reducing growth. It is a virtuous circle that is as good for the economy as it is for the people, and one which will lead to sustainable development.”

The Government of Jamaica seems committed to the work Kelly described, as Jamaica’s Minister of Education has proudly noted the progress that has been made and expressed a determination to keep this momentum going and reduce the rate even further in the coming years.

As a part of this commitment, the Ministry of Education hosted a youth career week in 2018, highlighting career and skill-training opportunities for young Jamaicans. This included a youth forum, an expo with displays on career paths, and a National Skills Competition for students in secondary and primary schools. Beyond this, the government is also working to strengthen the apprenticeship program to increase opportunities for young people and decrease youth unemployment in Jamaica.

Jamaica is using the Australian system as a potential model, which requires youth to go through an apprenticeship program in order to enter the formal economy. While Jamaica’s government has not noted any plans to make apprenticeship mandatory, they want to increase its availability and popularity among youth, developing it within the Jamaican context.

In addition to apprenticeships, the Director-General of the Planning Institute of Jamaica, Wayne Henry, also stated the need to ensure the programs offered at educational institutions could directly lead to meaningful employment. Specifically, programs in emerging fields, including robotics, criminology, entrepreneurship, engineering and mechanics, should be more widely offered.

This focus on apprenticeship has been in the works since 2017 and may be one of the reasons for the improvements to youth unemployment rates. In February 2014, a forum was hosted to discuss the goal of increased apprenticeship and open a dialogue between the government and the private sector.

In 2014, the World Bank began its Sustainable Youth Employment in Digital and Animation Industries Project for Jamaica. The project has been working to help youth become more employable and will remain active until January 2020. This is a growing industry that significantly benefits from having young tech entrepreneurs who can bring new, innovative ideas. The project focuses on helping youth develop the critical thinking skills needed for entrepreneurship in this field, connecting youth entrepreneurs to each other and to industry leaders.