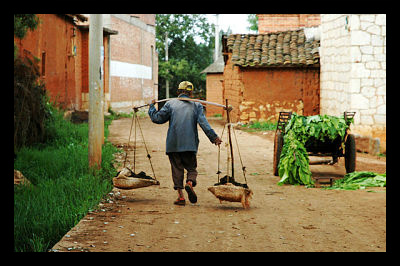 From 1990 to 2010, the percentage of the world population living in extreme poverty dropped from 36 to 18 percent. In two decades, nearly a billion people were pulled from the depths of extreme poverty.  Who did the pulling?

The 2014 U.N. progress report on the Millennium Development Goals (MDGs) cited the drop in extreme poverty as evidence of the MDGs’ impact on poverty reduction. However, the report also notes that most of the progress came from China, where the poverty rate dropped from 60 percent in 1990 to 12 percent in 2010.

Not only did China not sign up for the MDGs framework, much of its progress came prior to the MDGs. As of 1980, China had more people living in poverty than any other country in the world. From 1981 to 2010 however, China succeeded in pulling roughly 680 million of its people out of poverty. China alone accounts for nearly 75 percent of the world’s decline in poverty over the last thirty years.

Much of China’s success stemmed from agricultural and rural development. According to a World Bank study, roughly three-quarters of China’s overall poverty reduction between 1981 and 2001 came from gains to the rural poor.

China’s experience in combatting severe poverty rates could make for a valuable export. In a November conference, officials from China and the African Union met in Ethiopia to discuss how Africa can benchmark Chinese industrialization practices, as it tries to make its own push out of poverty. A jointly commissioned comparative study on Special Economic Zones in China was presented at the conference, with the goal of improving Special Economic Zones in Africa.

Ethiopian president, Dr. Mulatu Teshome, believes that cooperation with China will be essential in helping drive the African continent out of poverty: “Benchmarking China’s best practices in industrialization is essential, in that that it is almost unthinkable to realize the African dream of becoming an industrialized, united and prosperous continent by 2063 only through Africa’s own technology generation.”