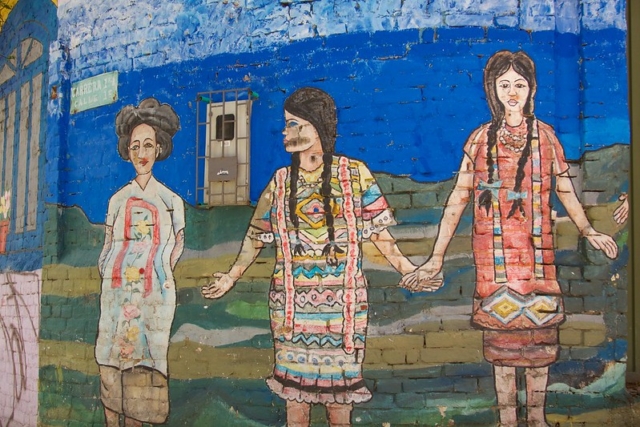 Guerrilla warfare has been particularly devastating to Indigenous and Afro-Colombian communities in Colombia. These groups number more than 1.5 million people and comprise 3.4% of the country’s total population. Of the 7.5 million internally displaced people in Colombia, there are 192,638 Indigenous people and 794,703 Afro-Colombian people. Organized crime groups and paramilitary organizations target both displaced populations. Dr. Jessica Srikantia suggests that some humanitarian aid is inadvertently escalating the problem because of its approach and suggests alternative methods for effective solidarity work in Colombia.

Harmful Instead of Helpful

The Borgen Project interviewed Dr. Jessica Srikantia, an associate professor at George Mason University who spent years participating in solidarity work in Colombia with Indigenous and Afro-Colombian communities. She witnessed firsthand the consequences of structural violence on vulnerable communities.

To combat the humanitarian crisis in Colombia, global aid organizations have primarily funded the Colombian government to support nutrition and economic development. Although these organizations may have good intentions, according to Dr. Srikantia, they may contribute to ongoing human rights violations. In a process she labels “self-interested aid,” these humanitarian organizations may be doing more harm than good.

A common form of damaging humanitarian intervention is the introduction of genetically modified organisms (GMOs) into local agriculture. The use of pesticides and GMO crops threatens the biodiversity of countries like Colombia, home to more than 30 species of maize. Grassroots organizations are trying to eliminate the use of GMO crops. As an alternative, grassroots groups advocate for providing local farmers with access to seeds and funding to preserve and expand the existing crops.

To conduct her solidarity work in Colombia, Dr. Srikantia had to “decolonize” her mind by learning to understand what communities need rather than implementing western “developed” methods. She stresses the distinction between on-the-ground grassroots organizations and organizations that work from a distance through existing power structures.

The first type of organization works with communities to be self-sufficient and maintain their identity. The other type tries to assimilate communities into the global economy, which can be detrimental to local culture and identity. Real solidarity happens when an organization builds a relationship with a community, she says.

Dr. Srikantia’s solidarity work in Colombia took the form of an urgent action response plan. This included organizing people, calling Congress, raising awareness and actively working on the ground. She referred to what she was doing as “putting out fires.” She also lobbied for policy reform to prevent damage to vulnerable communities.

Reclaiming What is Sacred

Dr. Srikantia believes the key to ending human rights violations can be found when “we reclaim what is sacred.” In Colombia, she witnessed communities that lived with respect for the interconnectedness of all living things. The current global development paradigm focuses on privatizing to create wealth. A better method, however, is to help communities by allowing them to keep their cultural identities and current way of existing.

Dr. Srikantia suggests that instead of trying to integrate groups into the global economy, humanitarian organizations should teach them to be self-sufficient and help them be content with what they have. Instead of teaching insecurity, which will only harm vulnerable communities, people need to learn to reclaim what is sacred: living with respect for the interconnectedness of life.