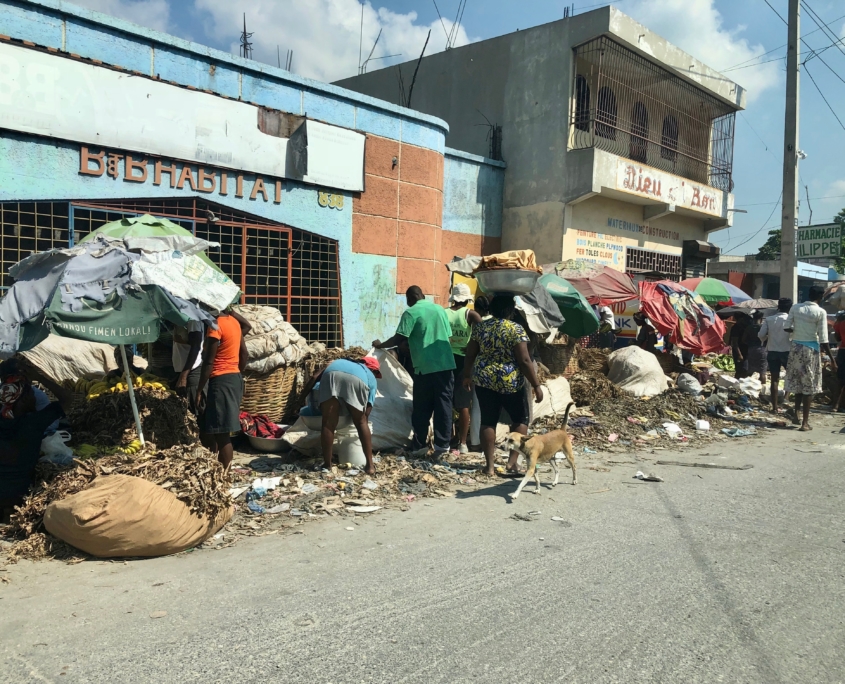 In 1804, Haiti officially declared its independence from France following the Haitian Rebellion. Similar to the United States, the legacy of colonization and slavery continues to affect the country. Haiti is one of the countries in the Western Hemisphere with the highest poverty rates, ranking 168 out of 187 on the 2014 Human Development Index. Although the impact of COVID-19 on poverty in Haiti has taken a backseat to the current political unrest, it has set the island’s economic development back years. However, foreign aid from both the United States and other countries has been helping get Haiti back on its feet.

Residual Struggles from the Earthquake

In 2010, Haiti experienced a massive earthquake that left many without homes or income. The earthquake cost many lives and also hit farmers hard. Massive aftershocks that still exacerbate the island’s financial woes arrived after the earthquake. In order to move forward, Haiti relied on donations and volunteer work from other countries. However, a large portion of the billions donated disappeared due to corruption, and as the world’s attention shifted elsewhere, people once again forgot Haiti.

Following the setbacks of the massive 2010 earthquake, the island began to make slow strides toward improvement. Between 2000 and 2012, extreme poverty declined from 31% to 24%. However, due to the COVID-19 pandemic, Haiti is once again seeing increasing rates of extreme poverty. The country has also begun to see a high number of COVID-19 cases that are “threatening to overwhelm Haiti’s fragile health care system.”

Though reported COVID-19 cases in Haiti are increasing, the overall number remains comparatively low. The recent increase was due largely to increased access to COVID-19 testing. However, as cases begin to spike, Haiti lacks the financial ability to buy COVID-19 vaccines, instead relying on donations from other countries and the World Bank.

As Haiti continues to battle COVID-19, it is also in the midst of political unrest that the assassination of Haitian President Jovenel Moïse caused. For many, COVID-19’s impact on poverty in Haiti is a low priority because of more pressing issues such as kidnappings, political turmoil and natural disasters.

Following the assassination of President Jovenel Moise, the country is on the verge of a public health emergency. The impact of COVID-19 on poverty in Haiti has lost its place as a top priority due to the country’s current political turmoil. The fear of war, famine, corruption and outside interference has left the country at a standstill. However, in July 2021, U.S. President Joe Biden donated 500,000 doses of the Moderna vaccine to Haiti. According to Dr. Jacqueline Gautier, a member of the national technical advisory group on COVID-19 vaccination, “Because COVID-19 did not impact us badly, people don’t think it is worth it actually.” This came after fears of vaccine side effects from AstraZeneca spread throughout the island.

Haiti’s economic advancement and wellbeing rely on the generosity of other countries. According to some scholars, France should be a key player in aid to the country since it has exploited Haiti the most.

Another pressing issue is the lack of vaccine promotion in the country. The disconnect between the public and health officials has contributed to the lack of awareness and understanding of the virus and the vaccine. As the Haitian government continues to try and prevent the country from dropping further into unrest, it will be extremely important for the government to educate its citizens on how important COVID-19 awareness is.

Under the leadership of former Haitian president Jovenel Moise, government reform and reshaping government affairs played a key role in combatting the COVID-19 crisis. Unfortunately, President Moise’s death has placed Haiti’s progression to a halt. It is now up to the international community to unite and extend care to Haiti. With vaccine donations coming in from major powers such as the United States and China, Haiti still has a chance to see its vaccination rate improve while also getting the COVID-19 crisis under control.