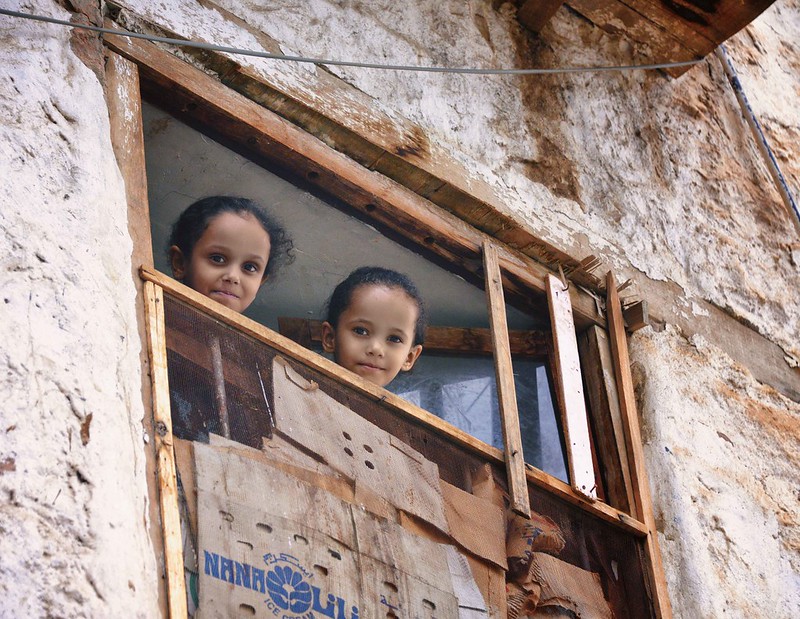 Civil war has taken over Yemen for over five years. As a result, upward of 12 million minors are in desperate need of some form of humanitarian aid, making the crisis in Yemen the largest humanitarian crisis in the world. Experts fear Yemen’s violent and impoverished conditions will have a severe effect on the mental health, and consequent futures, of the country’s children.

As a country of extreme poverty to begin with, Yemen is struggling in this time of war. Violence and fighting remain constant as clashing forces, including the Houthis and the Saudi-led coalition, fight for power.

Although all demographics in Yemen have been strongly affected, children are bearing the brunt of this crisis in Yemen. The Yemen Data project recorded over 17,500 deaths since the beginning of the war in 2015. The deaths of children were a large portion of the casualties, forcing Yemeni children to constantly fear the death of a friend, sibling or even their own death. Additionally, with approximately 12 airstrikes on Yemen each day, the sounds of war are consuming. The war is inescapable for those in Yemen.

Health and Nutrition During Crisis

Many of the systems taken for granted in developed countries collapsed in Yemen as a result of the war. Health services are extremely limited, leaving over 10 million Yemeni children without access to healthcare services, which are of great importance in one’s formative years. High rates of disease and unsanitary conditions due to the overcrowding of millions of displaced families make the lack of these services even more tragic.

Furthermore, the crisis in Yemen has placed over 10 million Yemenis at risk of famine, while double this number are already food insecure. Such malnutrition results in the hindered development of children in Yemen.

Another system that is important to the development of children in general is the education system. Like the systems mentioned before, Yemen’s educational system has also suffered amidst this continuing war. As of June 2020, almost 8 million Yemeni children were unable to attend school, damaging their development and futures.

A recent study conducted by Save the Children, an organization aiming to better the lives of the world’s children through health, educational and aid services, surveyed over 1,250 Yemeni children and guardians. From this survey, Save the Children found 50% of the children who responded said they experience feelings of depression amidst the crisis in Yemen.

In addition to feelings of sadness, 20% of the children said they live in extreme fear. Parents and caregivers supported this statistic, claiming their children had experienced increased incidents of nightmares and bedwetting. Such common feelings and behaviors indicate a growing prevalence of mental health disorders, including PTSD and depression, in children in Yemen.

Consequences of the Crisis in Yemen

Dr. Carol Donnelly, a psychotherapist and professor of psychology at Northwestern University, told The Borgen Project about her concern for children experiencing the conditions of the crisis in Yemen. “If the trauma lasts for too long, which apparently it is, the kids could have all sorts of dissociative experiences (related to PTSD), just extreme mental health issues,” Donnelly said.

With constant fears of attack and altered living conditions in Yemen, Donnelly stated that there may be potential consequences of changing parent-child relationships during this crisis. “[Children] need to be in a relationship with an adult, not only for attachment emotionally, but just for learning so many things,” she said. “This relationship helps to wire the brain up properly, and if kids are not getting that because the parents are overwhelmed as well, we’re just going to have a whole generation of severely traumatized children. Children that will just be a burden on the entire society.”

She also referenced Maslow’s hierarchy of needs, explaining that we need to provide the most basic needs of these children, such as water and food, as a priority. Then we must provide these Yemeni children safety and shelter before ensuring they have loving relationships. By following this psychological theory, she hopes children will be able to mentally progress despite the crisis in Yemen.

Several global organizations are working to provide assistance to this generation of suffering Yemeni children in order to help them become successful regardless of their conditions. One such organization, Save the Children, has made efforts to make these children feel safe amidst the crisis in Yemen by creating engaging, peaceful spaces for children in Yemen to play and spend time with friends while consequently promoting further cognitive development. Here, these children can act without fear, as normal children would. Since the initiation of this project, almost a quarter of a million Yemeni children have visited these spaces.

Additionally, Save the Children is working to promote awareness around childhood mental health and rights in Yemen while also training mental specialists in the country. With only a couple of child psychiatrists servicing the entirety of Yemen, there is little education for the general population of Yemen surrounding this area of healthcare.

“Psychology is just … not recognized as a formal science in some countries yet. It is still very much stigmatized,” Donnelly agreed. “I think what would be a good solution is to have a psychologist train the people there how to simply be present and to exude unconditional love and empathy and to listen. That’s something anyone can do.”