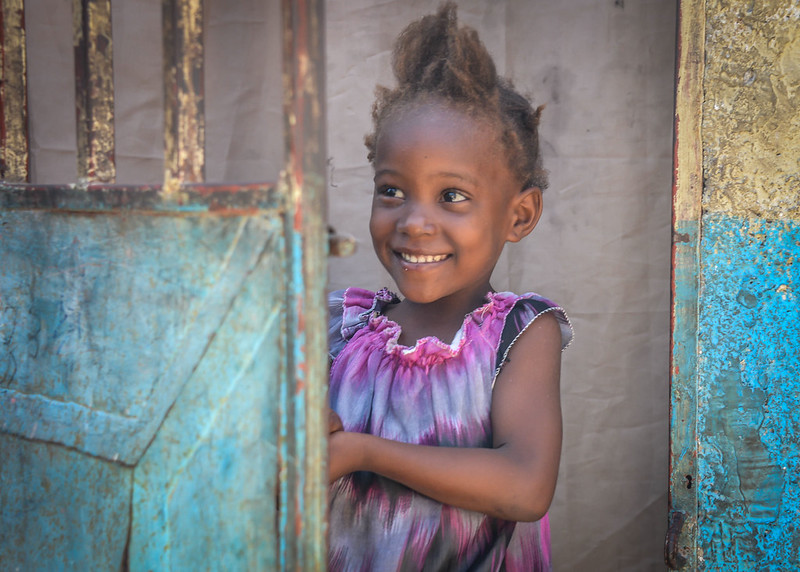 Children in Haiti face a myriad of shockingly harsh challenges, with more than 60% of the population living in extreme poverty. Roughly 70% of all children in Haiti are extremely deprived, lacking access to at least one of the following: clean water, food, adequate shelter, healthcare or schooling. With 46% of Haitian children living in absolute poverty, organizations have stepped in to help fulfill the basic needs of children.

More than 50% of children in Haiti lack adequate housing. They often share rooms in the home with family members, with crowding as severe as five people to a room. These rooms have dirt floors and roofing made of leaves, which cannot withstand the rains of Haiti. In addition, 40% of all children do not have toilet facilities.

Furthermore, more than 1.5 million children in Haiti are not immunized, leaving them at risk of deadly diseases. Many of these children also have no access to medical care and more than 800,000 children lack sufficient clean water. As a result, children often resort to drinking contaminated water from ponds and dams.

Inadequate food and nutrition lead to severe consequences: more than 75,000 children who survive past the age of 5 could potentially suffer permanent health consequences. Haitian children often lack access to nutritious foods that provide the necessary vitamins vital for growth such as zinc, vitamin A and iodine.

Children in Haiti also suffer symptoms of PTSD due to the terrifying impacts of major catastrophes, including the 2010 earthquake. Limited general healthcare in Haiti means mental healthcare is also lacking. Many children who survive earthquakes and other natural disasters are at risk of mental illnesses such as schizophrenia, delusion and bipolar disorders due to the stress ad trauma endured.

Other conditions, such as homelessness and sexual abuse, can also contribute to mental health concerns. A 1991 study found that thousands of children lived in the streets of Port Au Prince, Haiti. The average age of Haitian “street children” was 11 and half of the children studied had used drugs. Furthermore, girls in Haiti are at high risk of rape and sexual abuse.

The Borgen Project spoke with Dr. Anita Frew of Hope Song Refuge in Haiti. Dr. Frew typically spends six months of the year caring for children and mothers who cannot care for themselves in Haiti, apart from 2020 when COVID-19 prevented her travel.

Dr. Frew explains how mothers struggle to feed their children. The men in the household often leave because they cannot care for their families and there are limited work opportunities in Haiti. Without access to food, yet yearning to satisfy the pain in their children’s stomachs, some Haitian mothers make cookies out of mud and contaminated water.

The cookies are left out in the sun to dry and are then fed to the children. The children receive no nutritional benefits and often become ill because of the diseases carried in the water. When mothers feel they can no longer care for their children, they may abandon them. It is not uncommon to see abandoned children on blankets on the side of the road as mothers give up hope.

Some desperate mothers even give up their children to traffickers who convince them that their children will have better work opportunities and an improved quality of life outside of Haiti. Traffickers take Haitian children to countries such as the Dominican Republic where the children are sold into child prostitution or slavery. The work of Hope Song Refuge in Haiti seeks to prevent child trafficking by aiding mothers and their children.

The harsh circumstances that the children of Haiti face are due to the many tragedies arising from poverty. Starvation and disease are part of the daily lives of many children. The children of Haiti who do not perish from disease or starvation are subject to abuse and often struggle to have their basic needs met.

Despite these conditions, however, there is hope. Dr. Frew’s mission was successfully able to save a child from a human trafficking situation. The Haitian Border Police have also worked to lower the number of trafficked children. Working in partnership with the Haitian Social Welfare Agency, the border police have arrested more than 50 potential traffickers since the agencies began reporting in 2017.

These efforts show a promising trend of reducing child trafficking and lifting Haitian children out of poverty. Moving forward, the government and humanitarian organizations must make addressing child poverty in Haiti a greater priority.