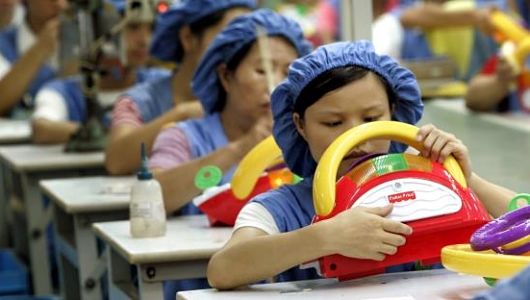 In the early years of China’s political and economic reform, which began in 1978, more than 170 million people raised themselves out of poverty. However, 1990’s poverty reduction rates have since stagnated, leaving 260 million people living on less than $1 a day. This casts a contradictory shadow on the often portrayed status of China – a leading global exporter whose city dwellers have access to competitive education, clean cities, and Western movies and products. The majority of China’s “forgotten poor” lives in western regions of the country, far from the factories and ports that have contributed to its economic growth. Depending on agriculture for growth, these communities have little access to the education and health services that have bolstered the growth of China’s urban areas. In 2004, The World Bank and Chinese government developed and instituted the Southwest Poverty Reduction Project, a plan to improve primary education, medical care, and rural infrastructure through job mobility. This program helped organize 100,000 rural farmers and sent them to work in Dongguan, a coastal city near Hong Kong that grew through manufacturing communication devices such as cell phones, computers, and tablets. These laborers earned 10 times the wages they did in their hometowns and were able to send half of their incomes back home. They boosted the economy of their villages through such remittances while supporting Dongguan’s local growth through increasing demand for housing and basic consumer goods. The Southwest Poverty Reduction Project, through directly reducing poverty in rural areas through worker mobilization and remittances while improving the productivity of a manufacturing city and indirectly benefiting its local economy, serves as a model for rural revitalization in developing nations.

In recent years, however, Dongguan’s manufacturing industry has experienced stagnation. According to local officials, this is due to reduced foreign demand for communication products and the economic downturn. Since 2007, economic output in Dongguan has decreased from 18.1% to 6.1% and many factories and enterprises have left the city in search of new ventures and cheaper labor. In lieu of this, more than 1 million people have left the city in search of work, striking a heavy blow to small and medium-size companies who relied on the spending of local workers. Prostitution has grown as a result of widespread job loss and urban poverty. Hinterland regions have also suffered as migrant workers on the hunt for jobs can no longer send portions of their income back to their families and local schools and hospitals have become underfunded. The interconnectedness of the Southwest Poverty Reduction Project, once benefiting both urban and rural workers led to the decline of income and quality of life in both regions. As empty warehouses and polluted skies of the former industry giant reflect, economic and social gain resulting from foreign demands is fragile, the skyscrapers and elaborate wealth of rapidly growing cities often overshadows the blight of those left behind. Dongguan’s story of poverty is one echoed around China, a country whose dependence on foreign wealth and commerce leaves many of its people in a state of constant flux.