Tag Archive for: Dominica Has Recovered 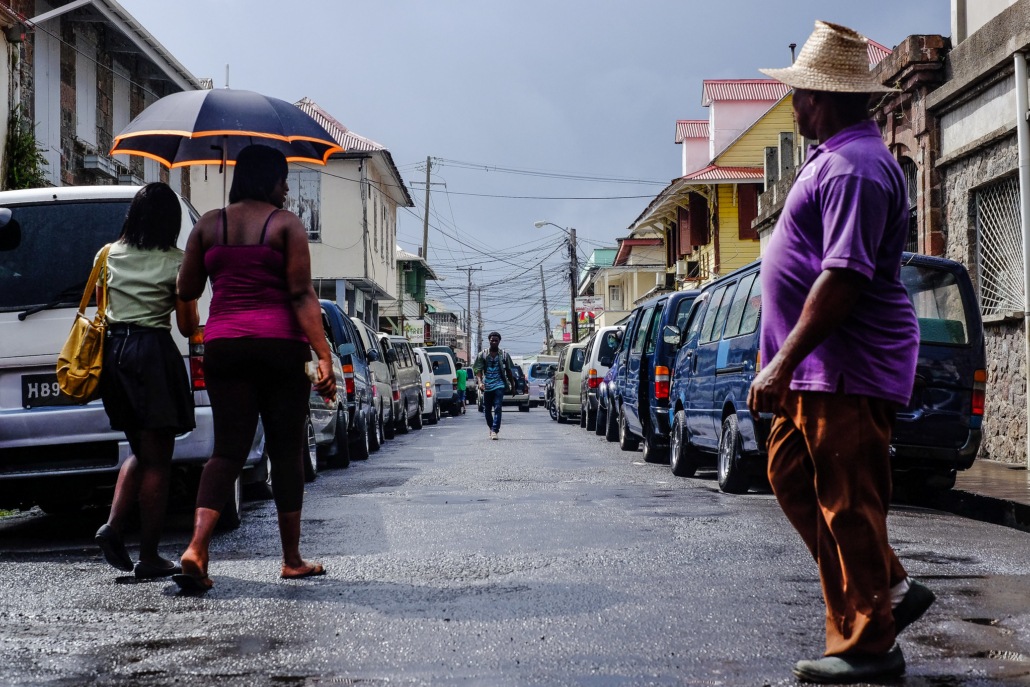 On September 18, 2017, Hurricane Maria, a category five storm, destroyed Dominica. Recovery from this hurricane carried an estimated cost of $1.37 billion. However, rather than simply rebuilding as before, the government of Dominica saw the island’s increasing poverty and vulnerability to natural disasters as a serious problem that required attention. As a result, Dominica has recovered through a combination of efforts aimed at reconstruction, health and education.

Roosevelt Skerrit, the Prime Minister of Dominica wrote in the country’s 2018 development report that not only would it achieve the U.N.’s Sustainable Development Goals (SDGs) but it would also be the first fully climate resilient country. Looking at this development report, titled “National Resilience Development Strategy,” it is clear that the country is doing this by putting the people first. The country has made great strides in creating social safety nets for civilians and reducing poverty. Four years after the release of this report, this article will analyze how Dominica has recovered from Hurricane Maria by putting people first.

Hurricane Maria affected the housing sector the most, suffering an estimated $368 million in damages. In the aftermath, the Dominica government laid out a three-pronged plan for reconstruction. First, constructing new disaster-resistant homes. Second, rebuilding schools, hospitals, homes and clinics in a disaster and climate-resilient manner. Three, resettling communities to improve the quality of life and minimize the risk of disasters

As of 2021, the government of Dominica seems to be following through with this plan, having built and distributed more than 5,000 disaster and climate-resilient homes to families across the island. Much of the funding for reconstruction initiatives has come from Dominica’s innovative Citizenship by Investment (CBI) program. This CBI program allows high-net-worth individuals to gain citizenship by investing in government funds or economic diversification programs.

These funds have not only been critical in constructing the 5,000 homes mentioned above, but also in the construction of multiple hospitals and health centers as well as a geothermal plant, according to PR Newswire.

In the aftermath of Hurricane Maria, several health risks severely increased. These include gastroenteritis due to poor food and water sanitation, acute respiratory conditions and vector-borne illnesses such as dengue fever and Zika virus. Additionally, damaged infrastructure can lead to poor nutrition and the government expected an increase in mental health-related illnesses and substance abuse.

In the NRDS 2030, the government announced its strategic plan of action as follows

The COVID-19 pandemic put this new robust health care system to the test. Dominica handled the virus relatively well, registering as one of the least affected countries in the world while vaccinating nearly half of its population already.

Investing in education outcomes is a perfect example of how Dominica has recovered from Hurricane Maria by putting people first. In the NRDS 2030, the government outlined its education plan, pledging to improve the quality, efficiency and effectiveness of the education system at all levels. Additional attention will go to tertiary schooling and vocational training to build what the government describes as a “critical mass” of well-educated and trained citizens that can help the development efforts of the country in several fields.

In May 2022, the country commissioned three new primary schools, while also providing an update on the renovations to the country’s oldest school, a project that should reach completion in 2024. All of these schools are fully climate resilient and capable of providing a modern learning experience to students.

How Dominica Has Recovered

Less than five years ago, a natural disaster destroyed 90% of Dominica’s infrastructure, according to Globe Newswire. Today, the citizens of the country are in a better place than ever. The country is more resilient to the natural disasters that have plagued it for decades, health outcomes have improved and more people are in school than ever before. Dominica has recovered by putting its citizens first. Government leaders were able to leverage the country’s natural beauty, and the desire of foreign nationals to move there, into funding for projects to support the island’s civilians. Dominica’s recovery from Hurricane Maria is a textbook example of putting people first.