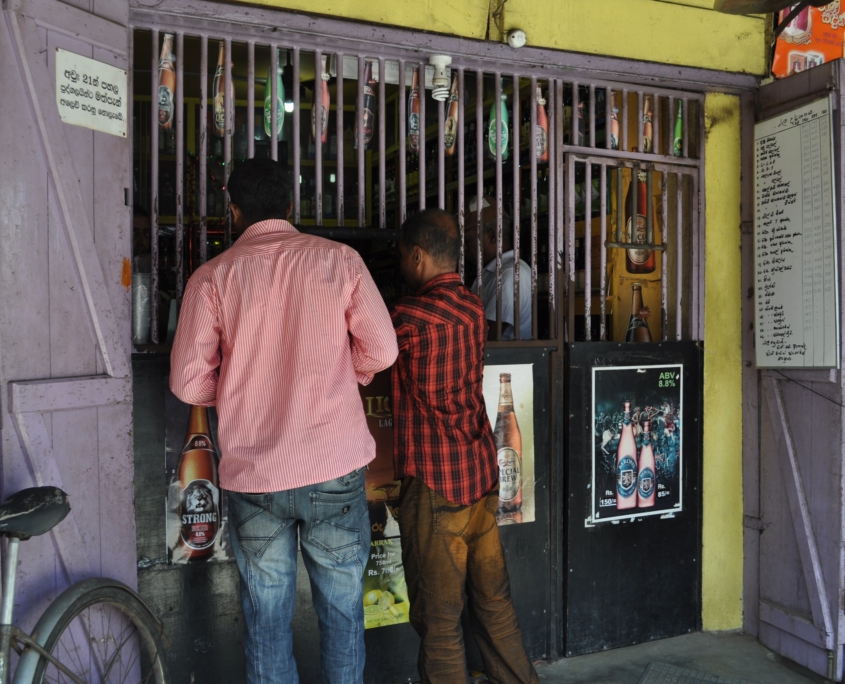 The Center for Disease Control of the United States (CDC) recognizes 54 different severe, persistent diseases or medical conditions that are directly caused by alcohol consumption. Globally 3,3 million people succumb to alcohol-related diseases, accidents or incidents, making alcohol responsible for 5.3% of all deaths. Alcohol consumption in Sri Lanka has significantly increased in recent years creating social and economic burdens for the developing nation.

In 2015, the costs resulting from alcohol-caused conditions in Sri Lanka were nearly $886 million constituting 1.07% of the nation’s gross domestic product. A study that a Norwegian researcher, Bergljot Baklien, and Sri Lankan Professor, Diyanath Samarasinghe, conducted showed that 10% of male participants were spending more on alcohol than they earned in wages. Furthermore, another study found that families from the two lowest income brackets spent 40% of their total income on alcohol, showing the troubling spending habits in impoverished households and the importance Sri Lankans place on alcohol.

The cost of alcohol consumption in Sri Lanka consistently prevents individuals from lifting themselves out of poverty. Consuming alcohol is most common among low-income workers and farmers who earn their wages daily. Alcohol workers often miss work resulting in a loss of wages or jobs and loss of productivity for the country. Many drinkers become indebted to loan sharks for the rest of their life or have to pawn valuables to get cash for liquor.

The Alcohol Culture in Sri Lanka

Major events, parties and celebrations are all presumed to have alcohol present as a social expectation or requirement. A social norm has arisen in which people, mostly men, behave inappropriately at such events without consequences. High rates of alcohol consumption in Sri Lanka have led to frequent incidents of domestic violence, road accidents, violent crimes, self-harm and its most persistent consequence: poverty.

Alcohol can be a sign of financial comfort; often used to celebrate economic success and create a sense of social solidarity. While creating solidarity in a community can be positive, in Sri Lanka, the intertwined, impoverished communities tend to pull each other down rather than help to lift each other up. The accepted culture of daily alcohol consumption in disadvantaged communities has allowed toxic social dynamics to develop.

Furthermore, the consumption of alcohol undergoes underreporting in Sri Lanka. This can be a major obstacle and makes it difficult to find proper interventions and government policies. The underreporting can stem from shame, guilt, denial or a simple misunderstanding regarding the money that Sri Lankans spend on alcohol. Additionally, the most practiced religion in Sri Lanka, Buddhism, strengthens the above-explained problem since the consumption of the substance contradicts Buddhist beliefs.

The Sri Lankan government is aware of the costs of high alcohol consumption rates not only for the financial welfare of the nation but also for the safety of all of its citizens. Therefore, the government has implemented bans on alcohol advertisements and look for new methods to reduce consumption.

In order to effectively lower alcohol consumption in Sri Lanka, the government is seeking to take further steps. One is increasing the alcohol tax to reduce the affordability for the poor community. The hope is to wipe out the drinking culture in disadvantaged areas. Additionally, the government must fund research to collect accurate data on consumption rates to create evidence-based policies and drive down alcohol consumption in Sri Lanka.