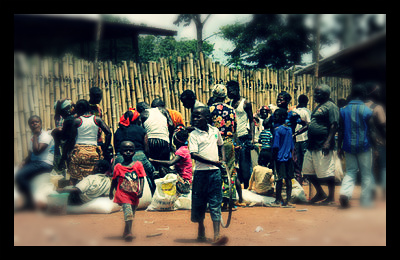 Cote D’Ivoire, French for “Ivory Coast”, was once the paradigm of economic prosperity and stability for the African continent. Located in West Africa, Cote D’lvoire is one of the world’s leading exporters of coffee and palm oil and once held the title of most prosperous country in West Africa.

However, after the death of the nation’s first president, Houphouët-Boigny, the prized economy of Cote D’Lovire was riddled by insurgencies. Due to internal strife, such as a toll-taking civil war, the nation is now gripped by severe poverty. According to the World Bank, the proportion of the population experiencing poverty skyrocketed between 1983 and 1993, with the poverty ratio increasing from 10.1% to 34.6%. Poverty in Cote D’Ivoire has since steadily increased, with the poverty ratio peaking at 42.7% in 2008.

The extreme poverty in Cote D’Ivoire  is compounded by insufficient resources, leaving Cote D’Ivoire unable to deal with inadequate housing and a growing population. According to Habitat for Humanity, housing in Cote D’lovire has a scarcity of nearly 10,000 houses each year. A significant contributor to this crisis is the process of urbanization- a progression that has lured over half of the population into urban areas such as a towns and cities.

The housing shortage is particularly severe in the rural, underdeveloped areas of the country. These locales lack the necessary tools and infrastructure to provide adequate housing for the residents of Cote D’lvoire. For instance, many residents dwell in traditional edifices composed of vulnerable materials and unsound construction, such as mud, wooden frames, and thatch-roofs. These houses are extremely susceptible to fire and disease, particularly since thatch-roofs attract mosquitos and tsetse flies aggrandize the chances of locals contracting malaria and other lethal and debilitating diseases. Additionally, these frail abodes are typically overpopulated – housing far too many individuals for what the structure itself can naturally support. Over-occupancy of these cramped quarters restricts proper ventilation, promoting a host of other illnesses.

Furthermore, where poverty rears its formidable head, so too does HIV/AIDs. The rate of HIV/AIDs in Cote D’lvoire is among the highest rate of the disease in West Africa. Therefore, by helping to restabilize and rebuild the economy of the Cote D’Lvoire, not only would residents receive proper infrastructure, they would also receive life-saving healthcare measures. The beautiful Cote D’lvoire had once been the gem of the African world, and with adequate support and awareness, the Ivory Coast can someday be restored.