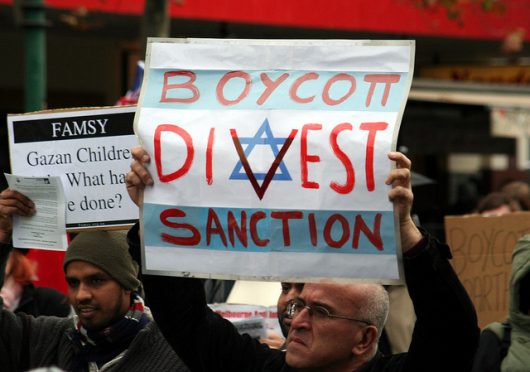 Gaza is one of the most densely populated urban areas in the world, with 1.8 million people confined in a 140-mile radius. The only water resource, the Coastal Aquifer, is insufficient for the needs of the population. Water access and water quality in Palestine leaves a lot to be desired.

The World Bank reported on the poor water quality in Palestine, as well as the lack of access to sanitation services that reached crisis proportions. Due to said conditions, Palestinians in Gaza are forced to over-extract water from the Coastal Aquifer in order to stay alive. They obtain water at a rate equivalent to twice the aquifer’s yearly sustainable yield, causing the water to become contaminated.

In 2008, WHO estimated that 26% of diseases in Gaza were water-related, a statistic that could be higher now that 90-95% of Gaza water is polluted and unfit for human consumption. Due to the contamination, high levels of nitrite were found in the groundwater at levels far above the WHO accepted guideline of 50mg per liter. Such dispersion has increased cases of methemoglobinemia, a blood disorder that impedes the flow of oxygen in young infants.

The water quality in Palestine remains unsanitary due to Israel’s blockade of Gaza, and military operations hinder the possibility of Palestinians restoring their water facilities. Wells, cisterns and roof water tanks have been destroyed and damaged, most notably during the Israeli attacks in 2008 and 2014.

During the 2008 Operation ‘Cast Lead,’ Israel caused U.S. $6 million worth of damage to Gaza’s water supply and wastewater facilities. In 2014 the Israeli attack on Gaza resulted in heavy destruction of infrastructure; the total damage was estimated to be $4.4 billion and included water and sanitation facilities.

The loss of water facilities has had a lasting impact on the Palestinians in Gaza. The continued blockade by Israeli security forces prevents the import of equipment and spare parts needed to repair and improve the water supply and sanitation systems. Even simple sanitation items such as chlorine are not permitted.

Furthermore, water main and sewage conduits are routinely crushed by Israeli tanks and armored vehicles. Water tanks are also shot at and damaged by Israeli soldiers.

Addressing the Issue Through the BDS Movement

In 2007 Palestinians founded “Lifesource,” a collective working at the grassroots level to organize for water justice.

The mission of Lifesource is to:

In 2009 “Lifesource” partnered with the global campaign Boycott, Divestment and Sanctions (BDS).

Lifesource led a program called “BDS for Palestinian Water Justice,” supporting boycott divestment and eschewing sanctions that infringe on Palestinians right to water and sanitation. The BDS Movement works to increase economic and political pressure on Israel to end the occupation and colonization of Palestinian land. By organizing demonstrations that target companies that have contracts with Israel, companies are pressured to break ties with Israel, thus deterring the country from continuing to occupy Palestine. Their work led to some success: water companies profiteering from human rights violations, such as Eden Springs and Veolia, lost important contracts and had to downsize or close their doors.

Although Lifesource came to an end in 2012, the BDS movement is still up and running, giving Palestinians in Gaza hope that their basic human needs will continue to be addressed.