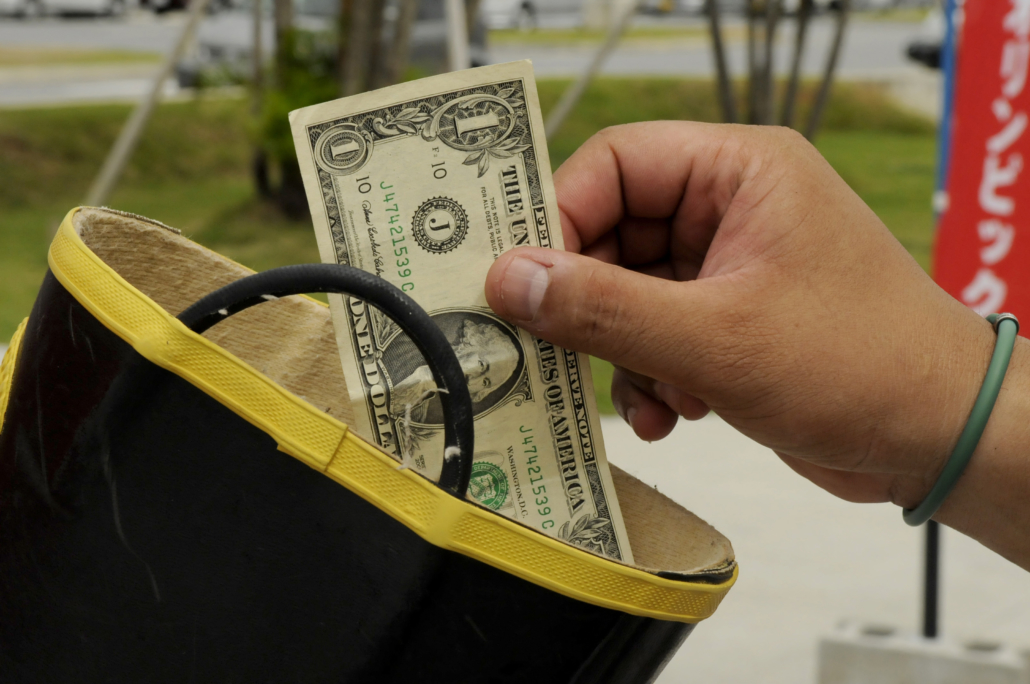 There are countless efforts around the globe working to improve living conditions for those in extreme poverty. While per capita, Americans are the biggest charitable givers on Earth, charitable contributions can be increased. By cutting back on everyday living expenses, it is possible to donate by saving money.

Drinking water is a healthy habit, but bottled water is costly and creates single-use plastic waste.

One way to donate by saving is buying a reusable water bottle. For instance, the reusable Dopper bottle donates 5 percent of every purchase to the Dopper Foundation, an organization working to improve water resources in Nepal.

Upon saving money on single-use bottles, the amount saved can be diverted to a charitable cause. The average American spends around $266 on disposable water bottles, which can add up to over $17,000 in a lifetime. Those savings could be donated to support the work of organizations like Water is Life which pledges to provide clean drinking water to a billion people by 2020.

Water is Life helps communities around the world gain access to clean water through many means, including filters and wells. After Hurricane Maria devastated Puerto Rico, the organization sent filtration straws and portable filtration systems to the hardest-hit parts of the island. Currently, it is working on installing 40 solar-and-wind-powered water filtrations stations in the northwest part of the country. The stations are capable of providing 20,000 liters of drinking water a day.

A recent survey of 200 U.S. credit cards found that credit cards average 4.35 fees per card. Furthermore, every card in the survey charged at least one fee.

No-fee cash-back cards are available. Card issuers will also offer a cost break to customers with a long series of on-time payments by lowering their interest rates, waiving the very occasional late fee, or both.

Trading in a big-annual-fee card, asking for late waivers and lowering interest rates can save cardholders $100 – 200 per year. The amount saved is almost enough to fund a grant to a Kenyan or Ugandan entrepreneur through Village Enterprise, which can transform the lives of a family living in poverty.

Since its founding in 1987, Village Enterprise has trained more than 154,000 owners who have gone on to create 39,000 businesses. One such success story is Angela Adeke, a Ugandan woman who was denied the opportunity to attend school due to her family’s extreme poverty. After her own children were denied entry to school because they could not afford uniforms, Adeke took action. With the help of a $150 grant, she invested in fabric and sewing machines for her tailoring business. Adeke sewed her own children’s uniforms and made uniforms for more than 4,000 Ugandan children. She now trains disenfranchised young women to become tailors.

The average family spends $6,649 on home maintenance. From major repairs to even the price of lawn mowing, it all adds up. A recent survey from Homeadvisor shows that 72 percent of new home buyers are learning how to do their own repairs. Video tutorials are now available online for most projects, enabling families to save on expenses.

The savings can be donated to a charity like Heifer International, an organization that helps families help themselves. The organization has been active in 25 countries, helping more than 32 million families to overcome poverty and hunger. In Nepal, projects targeting women have contributed to improved gender equality. Nine out of 10 of the families in Nepal interviewed say they had increased their income as a result of Heifer International projects, and it is possible to donate by saving on expenses as manageable household maintenance.

Most Americans spend nearly half of their monthly food budget on eating out. By preparing more meals at home and packing a lunch more often, these funds can be diverted to donations. A conservative estimate is that preparing one meal per week instead of eating out will save more than $800 per year. These savings can fight worldwide hunger when diverted to an organization like The Hunger Project (THP).

The Hunger Project works to end hunger through strategies that are sustainable, grassroots and women-centered. Mozambican citizen Moises Fenias Malhaule is an example of a THP success story: Malhaule joined THP education and microfinance programs, and in ten years, he has expanded his farm and paid for his children’s education. Malhaule has also taken many courses in development and construction and shared his knowledge with his community. Donations to organizations like this not only help individuals but often have ripple effects, making entire villages more resilient and self-sufficient.

Organizations like Water is Life, Village Enterprise, Heifer International and The Hunger Project are making a considerable impact in global poverty reduction, but their work relies on financial contributions.  While finding the extra money to donate can be challenging, with a few lifestyle tweaks, it is entirely possible to donate by saving money. 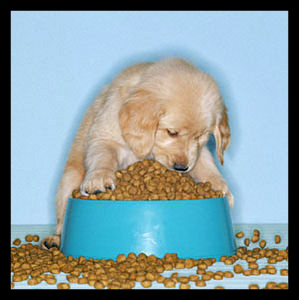 Let me start by saying that I love my dog.

When I’m not working on this blog I am teaching English to Ethiopian immigrants here in Columbus, OH. I work mostly with adults and so far the class has been a great experience and I learn a few neat things as I teach and converse with the students. Just the other day we spent a long time learning the new term “pet”. Most English speakers will be able to recognize that word and meaning right away because they have heard it or used it many, many times and they have the linguistic competence to use the word without thinking much about it. The first step of explaining the new word was easy enough and led to the understanding that these “pets” where animals. We would ask “Did you have any pets back home?” “Yes, three cows and a goat.”

We spent a few minutes more explaining the difference between domesticated pets and livestock and continued with the day’s lesson. One man asked whether pets should be called “it” or “he/she”. After answering that man’s question I realized how much we really do love our pets. To many pet owners, their animals are almost human. I’m much more than guilty of being “that dog guy”, I will talk to the dog of a stranger in a foggy park at dusk, I will share the bed with my dog and I’ll even talk to the dogs’ owners sometimes.

That being said, my dog is a dog. She (I still can’t call her “it”) may seem almost human, but she is just a dog. I was thinking about this recently as I stopped in the store to buy some dog food. My healthy, four-year-old dog eats generic, dry, boring dog food that comes in 50 lb. bags. Walking around the dog care aisle I saw designer foods that cost a hefty penny more and I remembered the simple fact that people love their dogs. But, what about the difference? One national name brand dog food is about $12.50 for about 18.5lbs. of food. One designer name brand food costs $29 for 15 lbs. Even if we disregard 3.5 lb. the difference in favor of the cheaper alternative that gives us about $16.50 saved. Now, $16.50 saved for every 15lbs of dog food will add up to a significant sum by the end of the year, especially with multiple dogs.

What if that money went to help other humans, other people? The idea of diverting isn’t anything new, save a bit of money on things here and there and give to a greater cause, but it does work. I’m not saying that we shouldn’t love animals, or that we shouldn’t occasionally spoil the creatures we spend so much time with, but maybe we could take a chunk of that saved change and share it with our human brothers and sisters as well, be it through groups like The Borgen Project or any organization you’d like. 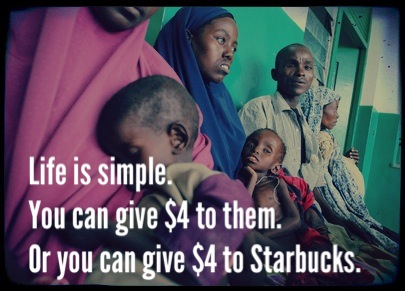 GOT A BAD HABIT OR GUILTY PLEASURE? DIVERT THE MONEY TO THE CAUSE!

Let’s change those habits that can damage your wallet and your health by turning them into good karma. The booze, cigarettes, and fast food aren’t doing you any favors. Giving these bad habits up for a week could save you money, preserve your health, and increase your well-being.

The “Now’s Not a Good Time to Give” Timeline… Spoiler, There’s Never a Good Time