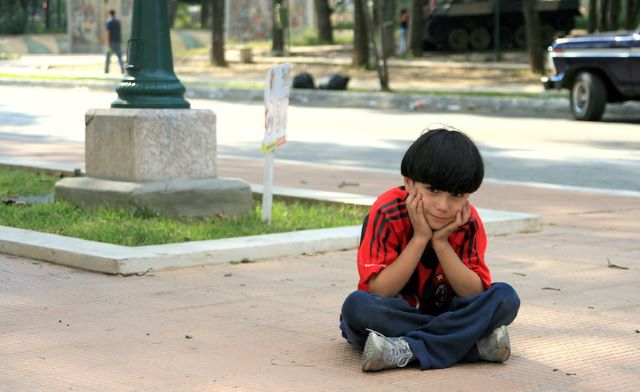 Since 2015, roughly five million people have left Venezuela in hopes of finding a better life. This marks the largest displacement of people in the history of the Western Hemisphere. Its economic collapse has rendered the local currency practically worthless and thrown Venezuelans into rampant poverty and hunger. The average Venezuelan lost about 25 pounds of weight in 2017 when 80% of the population lacked reliable access to food. The BetterTogether Challenge aims to support struggling Venezuelans.

The Collapse of the Venezuelan economy

Despite having one of the largest oil reserves in the world, the Venezuelan government’s mismanagement of its resources and economy led to a cataclysmic collapse. When measured by income, 96% of Venezuelans live in poverty and the average citizen lives off a paltry 72 cents a day. The 2019-2020 National Survey of Living Conditions found that 65% of Venezuelans live in multidimensional poverty, an increase of 13% from the previous year. Multidimensional poverty incorporates measurements such as access to health care and education, in addition to income.

A Mass Exodus of Venezuelans

The abject poverty Venezuelans have experienced has led to mass emigration to neighboring countries. Colombia and Peru collectively have had over two million Venezuelan immigrants. The integration of Venezuelans and their culture has been abrasive in countries such as Peru, where negative attitudes persist toward Venezuelans.

The displacement of millions of Venezuelans has disrupted a highly educated generation. A whole 57% of Venezuelans living in Peru have received higher education and roughly 25% have university degrees.

While negative views of Venezuelan immigration have limited the number of incoming Venezuelans, neighboring countries would be wise to recognize the inherent value possessed by the Venezuelan people. The displaced Venezuelans carry massive potential, which if properly harnessed, can have a substantial impact on local economies and innovation. Furthermore, the integration of Venezuelans into the labor markets of their host communities would provide additional cash flow that could boost local economies.

As a strong and steady champion against poverty, USAID has partnered with the InterAmerican Development Bank to create the BetterTogether Challenge to support Venezuelans. The goal of the challenge is to fund innovative solutions from Venezuelans to support their resilience, test solutions to be integrated and promote communication between Venezuelans and their new communities. In August 2020, the BetterTogether Challenge Award winners in South American countries were collectively awarded $2.97 million.

The BetterTogether Challenge awardees are focused on increasing social cohesion, fighting xenophobia, empowering women, improving employment opportunities and improving access to health care, education and food. These solutions are crucial to rebuilding Venezuela and reducing poverty in their communities.

One of the most impactful organizations chosen for funding was the International Rescue Committee (IRC) in Colombia. Nearly 1.5 million Venezuelans have found refuge in Colombia, with roughly 35,000 crossing into Colombia daily to purchase supplies. The IRC supports Venezuelans in Colombia by providing safety, access to healthcare and economic assistance while protecting the women and children that may be disproportionately vulnerable. A key initiative launched by the IRC is the Families Make A Difference Program, which provides essential management and support to children who have been harmed and educates families to prevent harm.

Supporting organizations such as the IRC are vital for fortifying Venezuelan resilience and providing people with life-changing resources during times of need. Furthermore, initiatives like the BetterTogether Challenge empower Venezuelans while addressing poverty.