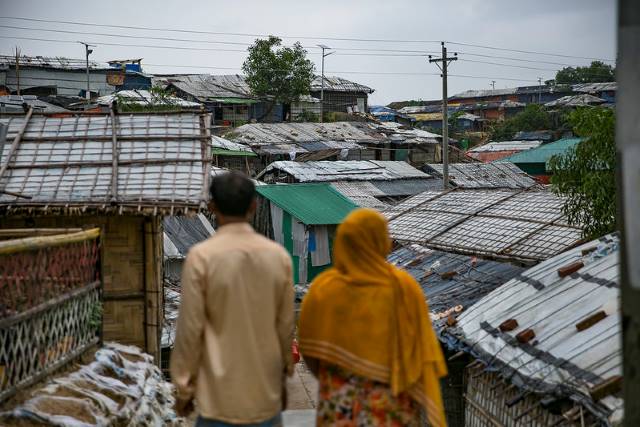 COVID-19’s impact on Bangladesh has greatly affected not only the population of 166 million people but also Bangladesh’s 1.1 million Displaced Rohingya People (DRP). When COVID-19 halted the construction of disaster shelters for the DRP, the World Bank and the Local Government Engineering Department (LGED) uniquely partnered to remotely design the complex structures. Through this collaboration, the World Bank illustrates how technology aids the construction of refugee shelters in Bangladesh.

How the World Bank Helps the Rohingya

Since its establishment in 1991, Cox’s Bazar in Bangladesh, the world’s largest refugee settlement, now houses a population of nearly 1.1 million Rohingya refugees, a stateless Muslim minority group. Decades of persecution in the primarily Buddhist country of Myanmar has caused the Rohingya people to seek refuge in neighboring nations, leading to an influx of refugees into Bangladesh.

However, although welcoming, Bangladesh was not prepared for this extreme influx of refugees. The influx stretched its already scarce resources in an attempt to provide for a continuously growing population. In August 2017 alone, after a massive Burmese attack on Rohingya territories, the Bangladesh refugee camp Kutupalong Balukhali saw its population grow from 200,000 to 500,000. Within weeks, Kutupalong Balukhali had become one of the world’s densest refugee settlements.

With a growing population and few resources, Bangladesh began to plan and implement many multi-purpose disaster shelters/community service centers (MPSC), a part of the World Banks’s Emergency Multi-Sector Rohingya Crisis Response Project. These shelters attempt to resist the nation’s frequent climate disasters and have their own solar panel supplies.

Construction of these shelters came to a halt in March 2020 and extended until October 2020, as Bangladesh, like the rest of the world, entered a COVID-19 lockdown. The LGED had no access to the building sites. A major delay ensued as the shutdown also made it impossible for any topographic surveys to occur, a necessity for drafting the building layouts.

With the assistance and resources of the World Bank, the LGED acquired the GPS coordinates of the many disaster shelter sites through Geographic Information System (GIS) technology in addition to drone images. The use of drone images and GIS allows for the design of these shelters to take place without the need for physical presence on the site. In this way, technology aids the construction of refugee shelters in Bangladesh.

The “integration of these datasets in coordination with different officials who were in different locations due to countrywide lockdown” presented some difficulties. Despite this, the team proceeded with the plan. The coordinates and drone images aided the project team. The team placed the GPS coordinates over the drone images to get an accurate visual representation of the site and to determine the number of solar panels needed. Meanwhile, “real-time coordination with the architect, structural engineer, field engineer, safeguards specialists and the World Bank team was done using a video conference system.”

While the nation is still largely affected by COVID-19, facing 921,559 cases by July 1, 2021, COVID-19’s impact on Bangladesh will be eased as its robust Rohingya population can soon seek shelter. Harnessing the power of technology can provide innovative solutions to resolve pandemic-induced barriers in humanitarian efforts.