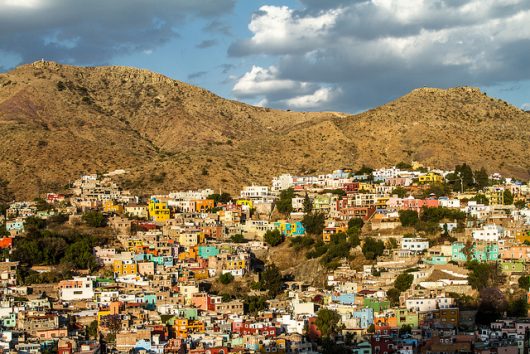 Economic hardships in Mexico have been on the rise for many years. As of 2014, nearly half of Mexicans were living in impoverished states due to increased inequalities among social classes within the country.

Economic disparities are prevalent between Mexico’s upper-class and lower-class citizens. According to research done by Business Insider in conjunction with the Organization for Economic Co-operation and Development (OECD) the country’s richest 10 percent earn more than 30 times what the poorest 10 percent make. This places Mexico as the most unequal of the organization’s 34 countries. In 2014, the bottom 20 percent of workers in Mexico averaged only $12,850 for the year. As a result, these workers were unable to adequately supply the needs of their families.

The large gap in wealth between the rich and the poor has been a long-standing problem, with the current minimum wage rate for lower-income individuals set at $4.50 per day. Because the top one percent owns nearly half of the country’s total wealth, increased economic hardships in Mexico have resulted in longer workdays for lower-class citizens who try and compensate for their extremely low wages.

For example, according to the OECD, the average American works slightly more than 1,700 hours in one year, while the average worker in Mexico works over 2,300 hours. However, despite this substantial increase in the average hours worked per year, it has not been enough to overcome the burden of economic hardships.

Concerned citizens have begun to voice their discontent over the rising wealth of the rich at the expense of the poor. Further, they have urged Congress in Mexico to develop policies and social programs that would help to rectify the situation.

Among the suggested solutions to help in the fight against wealth disparity and resulting poverty include raising the minimum wage amount, tax transparency and changing fiscal policies to provide for better public spending tactics. Furthermore, a petition by Oxfam has urged Congress to “end the vicious cycle of inequality by prioritizing public spending on education, healthcare and other basic services.”