Tag Archive for: Diseases in Indonesia 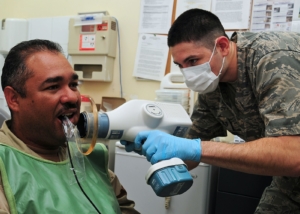 The COVID-19 pandemic drew attention to the spread of airborne diseases and the vulnerability of the human population, but in everyday lives, another form of disease continues to haunt humans. These are non-communicable diseases (NCDs), which are typically long-lasting and do not have a specific cause. The most common NCDs are cardiovascular and respiratory diseases, cancer and diabetes. The cause of death for individuals around the globe remains NCDs in 71% of all cases, an alarming statistic that becomes more apparent considering most of these deaths are premature. Of those dying from NCDs, 85% are located in “low- and middle-income countries.” The prevalence of these types of diseases in Indonesia and other countries harms specifically those living in poverty. Among numerous other challenges in their daily lives, people do not have the resources for medical treatment or must utilize all of their remaining resources for treatments. The prevention of NCDs prevails as an important policy goal to implement in the fight against decreasing the number of deaths associated with NCDs and reducing poverty.

Located in Southeast Asia and consisting of numerous islands, Indonesia boasts a tropical climate. Indonesia is one of the most populous countries in the world, behind China, India and the United States. The demographics of the population are young with 42% under the age of 25. About 10% of the population lives in poverty.

With the COVID-19 pandemic bringing into focus some of the pre-existing health conditions that remain health risks when contracting the virus, it is important to address the concerns of high rates of NCDs and improve health care in Indonesia. According to the World Bank, NCDs caused 76% of deaths in Indonesia in 2019, a number that continues to rise over time. This is above the rate of 71% of deaths that NCDs have caused in the world, meaning that people must pay close attention to the risks of NCDs within this population.

In 1958, a Navy veteran, Dr. William B. Walsh founded an organization called Project Hope. His service in World War II inspired him to address health concerns that he encountered during wartime. The organization’s work started on a restored ship called SS Hope which delivered healthcare around the world, especially during the Cold War. Now, Project Hope operates by training the local medical community of volunteers in more than 20 countries. Over its 60 years of service, the organization trained more than 2 million individuals and delivered $2 billion in resources to communities in need.

To respond to the problem of NCDs in Indonesia, Project Hope assists with diagnosis and education about the issue, even utilizing remote training during the COVID-19 pandemic with a partnership with Brown University. The organization works especially hard on the ability to diagnose patients because it predicts many cases of NCDs remain undiagnosed. This realization is relevant because it assists in knowing how to respond and treat diseases within the population, the ability to prevent certain diseases and asserting control over diseases rather than simply reacting to emergencies involving one’s NCD. The organization educates doctors on diabetes and delves into issues related to asthma by training medical professionals and providing information on the detention of asthma. Project Hope helped more than 11,000 people seek treatment for their diseases, transforming the field of health care in Indonesia.

Apart from its work in NCDs, Project Hope also assists in other areas of health care in Indonesia. The organization works to address the deaths of mothers and infants, which largely occur in live births and due to malnutrition, respectively. Through health programs for mothers and children and “monthly wellness clinics,” local communities work together to address maternal and child health. Similarly, Project Hope responds to disasters within the region. For example, after the tsunami in Sulawesi in 2018, Project Hope assisted in providing insecticide to prevent malaria, providing water through new purification systems and checking for NCDs in the population.

The range of work that Project Hope completes in health care in Indonesia is broad but equally important. Through its main project of addressing NCDs in the region, improving maternal and child care and emergency response, the organization continues to make a large impact on the region after more than 60 years.