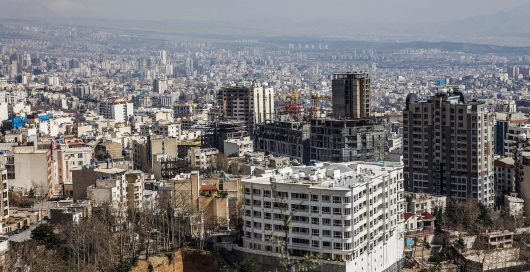 According to the World Health Organization (WHO), approximately 9 out of 10 people breathe in high levels of pollutants resulting in the deaths of 7 million people each year. These diseases include cancer, heart disease, lung disease and strokes. The regions with the highest rates of air pollution are commonly found in Asia and Africa; however, cities in America, Europe and the Eastern Mediterranean also have levels that WHO finds unhealthy.

For regions with high rates of air pollution, the issue often lies with energy production such as the of burning coal and other industrial activities. These methods lead to increased air pollution because, on average, developing countries don’t possess the technology and resources to combat polluting waste. Iran is one such country that is experiencing this very problem.

Dust Storms in the Khuzestan Province

At the start of 2018, Iran made headlines for having the worst dust storm yet where elementary schools in 15 cities were shut down in the province of Khuzestan alone. Ahvaz, the largest city of southwestern Iran, was one of the 15. Known for its post-secondary education and role in commerce and industry, Ahvaz pollution levels were approximately 53 times higher than the moderate standard that WHO considers safe. As a result of the large dust storm, people of this province were forced to stay indoors, without power or running water at times, and 806 people were taken to the emergency wards, of whom 39 were hospitalized and nine were taken into intensive care.

This year’s dust storm isn’t the first to occur in the Khuzestan province. According to a study on the dust storms in southwestern Iran, one of the highest occurrences of dust storms was in 2009 with the respective number of days being 48 days during colder climates and 122 days during warmer climates. Because of the reoccurring dust storms, the number of protests has increased.

In January, the people of Ahvaz gathered in front of the City Council to bring awareness of the effects air pollution is having on them such as the loss of domestic products and increased health care costs. For example, the World Bank reports that diseases caused by air pollution cost $260 million in Iran causing damage to Iran’s economy by as much as 0.023 percent of its gross domestic product (GDP).

Fueling their grievances further and contributing to the economic decline of Iran are changes in the regions’ climate and depleting water sources. Stronger winds are carrying the toxic dust and contaminating the water, which additionally aggravates health issues and thereby increases the medical costs for treatments.

In Tehran, air pollution is also causing grievances. Tehran is located at higher altitudes with the Alborz Mountain Range surrounding it and, therefore, comes in contact with the majority of the air pollution in Iran. The air pollution is also attributed to temperature inversions that prevent common pollutants like carbon dioxide and sulfur from being broken down in the atmosphere and the high use of vehicles stocked with archaic technology that continue to move around Tehran. Other major causes of air pollution in Iran include come from refineries and power plants, industries, household sources, and gas terminals.

In Tehran, the annual economic health costs associated with air pollution are about $2.6 billion. In order to combat air pollution, Tehran Municipality has shut down 8 businesses and heavily restricted the use of older trucks and buses. They also encourage the production of vehicles with more updated technology to reduce air pollution, which will replace some of the 3,400 old buses that crowd the streets today.

As a result of such actions, air pollution in Iran is seeing results. For example, the amount of black carbon (a major air pollutant) present was decreased by 50 percent, which reduces the toxicity of the air pollution affecting the population. In recent years, Iran has adopted higher fuel quality standards, is working to improve the management of the methods of congestion in locations with major activity and has encouraged the use of hybrid and electric vehicles as well as the use of bicycles.

The Clean Air Law in Iran

The Clean Air Law, adopted in July of 2017, continues implementing methods of reducing air pollution in Iran. For example, the law introduces heavier punishments and fines for any industries or individuals that do not adhere to the pollution limits. They also plan to divide the city of Tehran into three zones and charge people for crossing into the zones (like a toll system) as a way of deterring people from using personal cars, which will help decrease the particles present.

In efforts to decrease the number of children being admitted into hospitals for an air pollution-related condition, there have been talks of starting the school year earlier so that students would be on vacation during the period of the worst pollution in winter or introducing a one month vacation during that time. The Ministry of Agriculture has also acknowledged the importance of anti-desertification in reducing the pollution from dust storms and will be working annually on the 300,000 hectares of land that have caused the worst of the storms.

By taking these steps forward in reducing air pollution, Iran is working to prevent the premature deaths that result from noncommunicable diseases due to air pollution every year. It also reduces the cost of treatment and time off needed since fewer individuals would need to miss work to be attended to and could, therefore, become more financially stable. This allows the country to distribute financial efforts and alleviate another poverty stressor.

In general, the management of pollution can improve the quality of life for individuals and enhance competitiveness for the country through job creation, better energy efficiency, improved transport and sustainable urban and rural development. It also combats climate change thereby contributing to the alleviation of poverty by providing jobs and creating a healthier population.