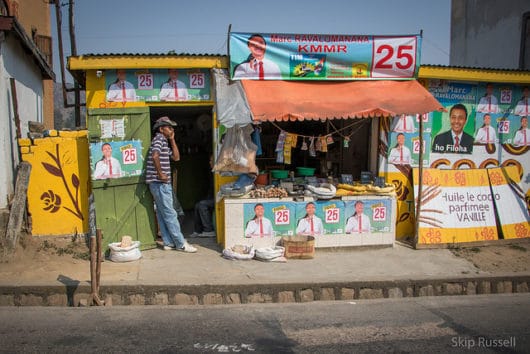 In the last decade, there have been many studies regarding how politics and various government institutions shape poverty.

For the poorest and most vulnerable, the way in which their governments operate makes a profound difference in their lives. The incapacity of government institutions to prevent conflict, provide basic security or basic services can have detrimental consequences for their citizens, especially for the poor.

The instability of economic growth can make countries depend indefinitely on foreign aid. In countries where cultural or ethnic groups feel that there is economic, political and social inequality, wars are more likely to occur, causing a vicious cycle that leads to poverty.

In many instances the poor are marginalized and their voices are not heard. The poor, more than any other group, rely on basic public services.

These services work better for the poor when poor citizens participate in reforms of service delivery. In conflict-affected states, the supply of these services is very scarce.

Political instability, poor governance and corruption are a major phenomenon affecting poverty in the world today.

The Case of Haiti and Madagascar

For example, rudimentary to the prevalent problem of poverty in Haiti is the extensive history of political turmoil and the lack of governance.

Corruption and the misuse of public funds resulted in a reduction in the quality of all public services for the country. This includes the fundamental areas of traditional governmental responsibility, such as the police, the justice system and the provision of elemental infrastructure.

Madagascar is another example of how politics affects poverty. Madagascar was a country with a lot of economic potential before the big crisis of 2008.

Since 2009, Madagascar has been in an intense political turmoil created by an unconstitutional change of government.

Racial, gender and ethnic discrimination are directly related to how politics affects poverty in some countries of the world and it needs to be addressed if it is to successfully decrease inequality and poverty.

For example, in Bangladesh, discriminatory family laws on marriage, separation and divorce push some women further into poverty.

In 20 years, Bangladesh has made great progress in its life expectancy and raised it by 10 years and has reduced infant mortality by more than half.

According to recent studies, both the rich and the poor are benefiting from these improvements.

However, according to the Human Rights Watch, women in the country do not benefit from these gains due to discriminatory family laws that push them deeper into poverty.

Migration is another aspect related to how politics affects poverty.

Migrant workers usually do not engage in political action about wages and conditions and they also lack the rights associated with citizenship and residency.

Nongovernmental organizations are an important part in helping alleviate poverty in many underdeveloped and third world countries.

For example, these organizations complement government in mobilizing additional resources in benefiting the greater number of people in need and enhancing program results through their participation in project management, monitoring and evaluation.

The first category is made of people who are temporarily incapable of work, the second category consists of those who have some resources but lack business skills or efficiency.

The third category is made up of those who are capable of work but external conditions or resources like jobs are poor and the fourth category comprises those who are permanently incapacitated, such as the severely disabled.

Nongovernmental organizations can provide huge help for the first and the second category.

Unlike some development players, nongovernmental organizations are more willing to help and provide innovative solutions to the people’s problems allowing them to gain support sooner.

Policymakers must use conscientious new approaches to generate productive jobs, increase the minimum wage, ensure investment in low-income communities, improve education and training and create more opportunities for everyone to apply their talents.

In conclusion, it is important that all governmental institutions become aware of the problem that poverty brings to societies and the impact that it has in the economic growth and development of a nation.

By becoming fully aware and not ignoring it anymore, policymakers have the responsibility to create laws that will help alleviate poverty in their communities.

It is important to tackle it and not to continue blaming the individual citizen for his misfortune but to provide guidance and opportunities for poor people to step out of the hole they’re in.
Photo: Unsplash