Tag Archive for: Discrimination in Zambia 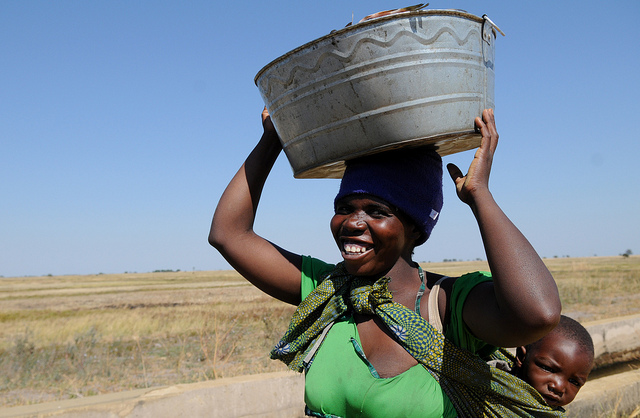 Discrimination in Zambia of any group causes economic inequalities, barriers to education, and a disadvantaged access to water and sanitation. These few barriers are regular battles for women and those living in rural areas of Zambia.

As of 2011, 74.5 percent of Zambians lived below the poverty line, which means they lived off of $1.25 a day. Luckily, Zambia’s labor minister, Fackson Shamenda, instilled a minimum monthly wage in 2012 for all of Zambia’s domestic workers. For the average domestic worker, this increased their pay from $30 a month to $105. The increase also targeted workers such as shop assistants, farmworkers, sweepers and construction workers, who were typically being paid $50 a month. Now, these workers receive a monthly payment of $220.

A young woman named Mwemba spoke on the topic, stating that she was forced into domestic work simply because she was obligated to quit school at age 13. She states that her mother could not afford the school fees. Too often, girls are required to follow in their mothers’ footsteps, continuing a trend of poor, uneducated domestic workers unable to do any other job. Except now Mwemba has the opportunity to break this trend and provide education to her children in hopes that her girls will earn higher-paying jobs outside of domestic work.

The idea is for this to occur on a large scale, seeing how there are around 50,000 domestic workers in the city of Lusaka alone. In only three years, the implementation of a minimum wage has witnessed a decrease in poverty rate to 54.4 percent. Ideally, this rate will continue to fall and alleviate discrimination in Zambia.

The good news is that the overall enrollment rate in basic education is favorable and even equal between genders. However, there is a separation between the rural and the urban areas within Zambia.
According to data from 2012, the urban primary schools’ net attendance rate lands at a positive 91 percent, while the rural schools’ attendance was only 76.8 percent of children.

Similar to Mwemba’s situation, many families in rural areas simply cannot afford to send their children to school and would rather have them working and aid the family financially. A large number of women and lowly workers reside in the rural areas of Zambia. There remains a parallel between the data for school attendance by residency and the school attendance by household wealth. Out of the poorest 20 percent of Zambians, only 72 percent attend primary school, and out of the richest 20 percent, 95.6 percent attend school.

It’s not a coincidence that the poor and rural percentages are near equivalency, while the data from the rich and urban are also similar. Aside from education, there is also a disparity in residency through sanitation facilities. In 2010, there was an improvement in Zambia’s water and sanitation. However, 55.8 percent of the development occurred in the urban sectors, while 33.2 percent took place in rural areas.

While the country witnesses improvement in the overall educational attendance and the betterment of sanitation facilities, the discrimination in Zambia is what hinders its people from prospering.