Tag Archive for: Disabilities in Liberia 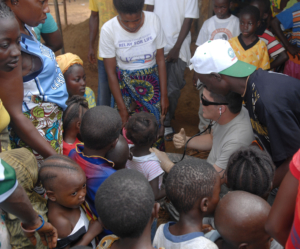 Liberia is a West African country comprised of 4.98 million people. Exact statistics about disability in Liberia are out of date but according to a UNICEF study from 1997, 16 percent of the population has a disability. Of that 16 percent, 61 percent struggle with mobility, 24 percent are visually impaired, seven percent are deaf and eight percent have an intellectual or psychosocial disability. The Swedish International Development Cooperation Agency (SIDA), estimated in 2014 that due to the devastating civil war that ended in 2003 and the Ebola outbreak in 2014, the population of people with disabilities in Liberia is likely closer to 20 percent.

People with disabilities tend to be marginalized, stigmatized and excluded from education, skills training and income-generating opportunities. Because they have a limited voice in politics and society, their issues are not included in national policies, especially in poverty reduction initiatives causing their living conditions to continue to deteriorate in a “vicious cycle”. According to SIDA, 99 percent of people with disabilities in Liberia live in extreme poverty.

There are, however, organizations working to improve access to education. AIFO-Liberia, for example, is working to ensure that people affected by leprosy can receive their educations, largely through a Community Based Rehabilitation strategy.

The Liberian people have been through much in the past 50 years. Approximately 40 percent of its citizens suffer from post-traumatic disorder from the civil war and there is only one practicing psychiatrist in the country. While not all people with disabilities have a mental illness, mental illness itself can become a disability. Those who have mental illnesses such as schizophrenia and depression are often stigmatized as witches.

People with disabilities in Liberia are often excluded from job skills training, work, and income-generating opportunities. While the Liberian government and activists are working to put accommodation and anti-discrimination laws on the books, disability is often seen as divine retribution for a person’s misdeeds. Organizations like AIFO-Liberia have implemented a startup project that will increase job opportunities and improve social inclusiveness. Ending the social stigma, working to improve health care access and workplace accommodations, will help lift people with disabilities in Liberia out of poverty.