Tag Archive for: Disabilities in Australia 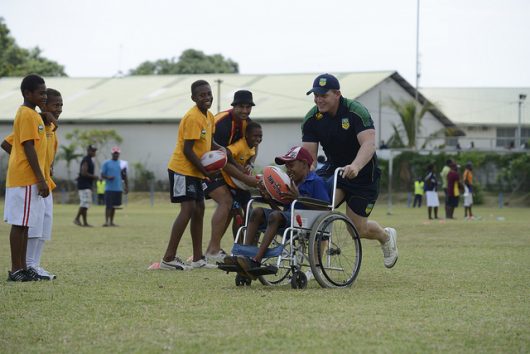 While Australia is considered akin to The United States and The U.K. in terms of development and opportunity, a large portion of its population is often disregarded and forgotten. Although native to the land, indigenous Australians are extremely disadvantaged and disempowered in terms of monetary power and the care they are afforded.

The high level of poverty among the indigenous populations is mirrored by inadequate health resources, particularly regarding physical and cognitive disabilities, both of which are disproportionately common in indigenous communities.

Focusing in on Disabilities in Indigenous Communities

Such high levels of disabilities among the Aboriginal and Torres Islander communities can only be attributed to the high levels of poverty found within said communities. While urban indigenous poverty rates have been steadily declining over the past decade, dropping from 33.9 percent in 2006 to 24.4 in 2016, poverty rates both stagnated and rose in more remote regional areas between 1.2 and 7.6 percent depending on the area.

According to census data analyzed by Australian National University, while median disposable household income among indigenous families rose by $57 weekly in urban areas, it fell by $12 in remote rural areas over the same time period. As a result of such poverty, indigenous Australians face a myriad of issues that cyclically disadvantage their communities further.

A Cycle of Poverty

Disability is innately connected to poverty, as it can result in significant barriers in education and skill development, job loss and reduced earning, additional monetary and time expenses and a variety of other factors that lead to economic hardship and disempowerment. Lack of economic resources limits access to primary health care services and preventive services, increasing the likelihood that a person works and lives in a physically and mentally detrimental environment.

A 2009 study conducted by the Center for Economic and Policy Research found that half all working-age adults who experience one year of poverty are disabled, and almost two-thirds of those who experience long-term extreme poverty have either a physical or cognitive disability.

People with disabilities are also more likely to experience food insecurity and an inability to make or pay rent due to lack of employment opportunities. In 2014, the overall poverty rate was 15 percent; however, the poverty rate by disabled status ranged between 12 and 29 percent. Although disabled people only make up 8 percent of America’s population, they account for 17 percent of its impoverished population.

First Peoples Disability Network Australia (FPDN) is governed and run by people who have experienced and continue to experience life with a disability, following the framework of The United Nations Convention on the Rights of Persons with Disabilities. The organization was established in 2010, working within the social construct of disability (as opposed to diagnosis) to create community networks for disabled indigenous Australians and link them to affordable care while simultaneously working to dismantle stigmas surrounding both First Peoples and disabilities.

Gisela Rosa, a future intern at the Federal Public Defender for Western Washington, understands the gravitas of the change this organization is making, as her younger brother has Autism. “Accessible care is so incredibly important to people with disabilities and their families and caretakers can have the best quality of life possible,” she said. “It’s kind of a game of luck and can be near impossible for underprivileged people with disabilities to get the care they need.”

The work FPDN is doing sets an example for organizations to follow, paving the way in terms of how disabled people receive care, giving underprivileged citizens a chance to live the way they hope to.