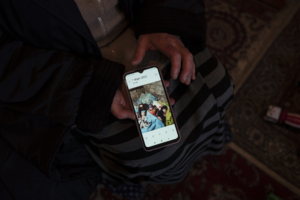 The Ukrainian government released the Diia app in 2020 to help the government reach all citizens and ensure access to a wide array of governmental services. Now, amid the war that began in February 2022, displaced citizens are using the Diia app to access monetary assistance, digital versions of official documents and other modes of aid.

The Functionalities of the Diia APP

Ukraine’s official site, ukraine.ua, states that one of Diia’s goals is “to make 100% public services available online.” The available services include access to digital documents, such as one’s driver’s license or passport, that have the same legal strength as a physical copy. Furthermore, the app also allows Ukrainians to make payments to the government or register new businesses quickly.

The Tony Blair Institute for Global Change reported 13 million Diia users in Ukraine by the close of 2021, which was partially influenced by the introduction of COVID-19 aid and vaccine certification through the app. As the population in Ukraine in 2020 stood at about 44.13 million, around 29.5% of the Ukrainian population used the Diia app in 2021.

However, the Diia app became significantly more important following the February 2022 Russian invasion. The United Nations Refugee Agency recorded more than 6.3 million Ukrainian refugees across Europe as of August 10, 2022. As early as May 2022, the United Nations estimated that more than 8 million Ukrainians faced internal displacement within Ukraine itself. Despite this, the app can still track the locations of registered Ukrainians no matter where they are and provide limited cash aid as well as the services mentioned above.

The government also introduced a simplified identification process that allows Ukrainians access to certain neighboring countries such as Moldova and Poland. Furthermore, it adopted the aid system used for COVID-19 to send “the equivalent of the monthly minimum wage” to anyone working in war-affected regions. Thus, the government is providing financial assistance to those both in and outside of Ukraine to support citizens and keep them out of poverty.

Finally, the app allows Ukrainians to keep track of the events taking place in their home country from firsthand sources. In an interview with the news site Emerging Europe, Ukrainian Minister of Digital Transformation Mykhailo Fedorov stated that the app gives constant information on the state of the war and allows citizens to directly support the military with funding. This is important because the Diia app bypasses language barriers and disinformation to directly inform its citizens regardless of where they are.

The Future of Digitalization

Although not intended for a wartime scenario, Diia is making a massive difference to keep displaced Ukrainians financially secure and aware of current events. Not only does this help keep citizens afloat and out of poverty but it also helps keep their spirits up by informing them about the events occurring in their home country.

Diia’s widespread post-war availability proves the advantages of reaching out to those unable to easily access government services due to location, physical handicaps or poverty. Digital systems that aid those struggling in society can often be adjusted and reused in times of crisis to aid the general public and keep them from falling into poverty themselves.