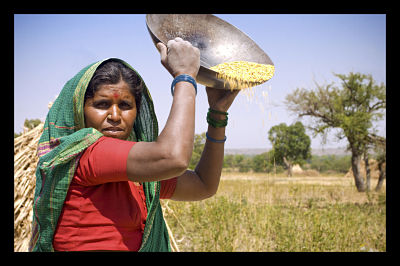 The central problem of many anti-poverty efforts is a failure to actually reach the poor. Often, the programs themselves are faulty or broken. Much of the time, however, the problem is demand-side: The poor don’t trust the aid programs and don’t want to participate.

Two MIT researchers think they have found a solution, however. Esther Duflo and Abhijit Banerjee, co-founders of the Jameel Poverty Action Lab (J-PAL), decided to measure an oft-overlooked factor in community development: social influence, or what they call “diffusion centrality.” Using their new metrics, they think they have found a key to motivating demand-side participation in charitable efforts.

In their recent paper, “The Diffusion of Microfinance,” they argue that finding the right “social injection points” is key to successful beneficial programs. They studied microfinance programs in 75 villages in southwestern India for five years, conducting extensive surveys to determine how participation in microfinance flowed along social networks. They paid especially close attention to social pressure points like village leaders, teachers, and business owners. What they found surprised them.

Although some of the typically well-connected socialites were excellent vehicles for transmitting participation in the programs, they were not as good as you would think. Many ranked low on their diffusion centrality index. Even people’s friends—the quintessential source of social pressure—had little effect on participation.

What they did find is that, barring any presumptions about connectedness, individuals who ranked in the 90th percentile of diffusion centrality were the gatekeepers to large-scale participation. When they were the first ones targeted by microfinance efforts, the programs ultimately reached 11% more people—from their perspective, a huge jump in participation.

“I think this work will lead to more innovative research on how social networks can be used more effectively in promoting poverty alleviation programs in poor countries,” says Lori Beaman, a professor of economics at Northwestern University and a J-PAL affiliate. “It significantly moves forward our understanding of how social networks influence people’s decision-making.”