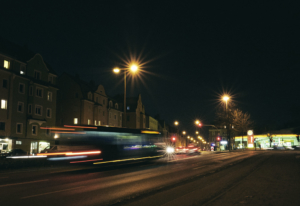 The inability to access or drive a car can be a critical reason why many individuals remain in poverty. The costs of gas, insurance, monthly installments and upkeep can be too high even for individuals who live in rural areas, where cars are a necessity. Lacking a reliable means of independent transportation can prove to be a barrier to potential employment. Many tout transit systems as a significant source of assistance for low-income individuals; however, this system is not accessible for those in rural areas. Ride-sharing apps provide considerable potential for resolving this issue and ultimately improving the lives of thousands.

The costs of commuting can make specific job opportunities prohibitive for low-income people. However, with the global rise of carpool services like UberPOOL and LyftLine, individuals who usually would not be able to afford a long commute may be able to do so. A ride shared with four people can prove significantly cheaper than a tank of gas.

Car emissions are not the most significant contributor to pollution. However, carbon dioxide and other noxious chemical emissions created by cars still produce a considerable dent. A study by MIT concluded that ride-sharing could reduce the number of vehicles on the road by at least 33%.

In addition to reducing greenhouse gas emissions, ride-sharing apps could also help reduce the severity of impacts following weather-related disasters. Bangladesh and Pakistan, for instance, are currently dealing with unprecedented flooding. Many low-income individuals in these countries do not have the funds to relocate or repair their homes. Ride-sharing could have the ripple effect of mitigating natural disasters by aiding in this process, which could ultimately become pivotal for communities living in poverty.

Based on global averages, car payments cost the equivalent of $300-$500, except for in countries where luxury cars are standard. Additionally, factors like loan size and credit requirements can make car investments unattainable for many individuals. However, one ride using a ride-sharing app costs less than a gas tank. The amount of money saved by avoiding individual car payments can be incredibly beneficial by enabling individuals to allocate more funds to their family’s needs including food, housing and education.

For car owners, providing shared rides can function as a source of income. While Uber and Lyft have several limiting requirements, many other popular ride-sharing apps worldwide have less restrictive rules. Such services include Gett, Bolt, Cabify and Didi. The ability to attain full-time work with only a small initial cost may be inaccessible for people living in severe poverty. Still, it could become a useful means of bridging the income gap for individuals who can afford a car payment.

A Work in Progress

Ride-sharing apps must apply to users requesting similar routes to function correctly. Apps are regularly updated to allow inquiries to reach specific vehicles, ultimately facilitating an efficient process. Continuous algorithm improvement means that there is potential for ride-sharing apps to extend their influence outside of major cities and into the rural areas where low-income individuals need them the most. Additionally, ride-sharing apps currently depend on driver input; with self-driving cars on the horizon, it may soon become possible for the impoverished in rural areas to have greater access to transportation through ride-sharing apps.

Ride-sharing apps are also struggling with a lack of regulations and safety measures for drivers and passengers. However, further rules and restrictions are gradually being implemented to handle these issues.

Ride-sharing has the fantastic potential to provide people across the globe with the myriad benefits of transportation. For low-income individuals struggling to reach their destinations through predetermined public transit routes, ride-sharing offers a feasible and relatively affordable alternative. Additionally, the implementation of vetting processes will mitigate many safety issues currently present in the industry. Ride-sharing has already proven to improve the convenience of life for many, but this system has the power to leave an incredibly positive impact on low-income individuals.