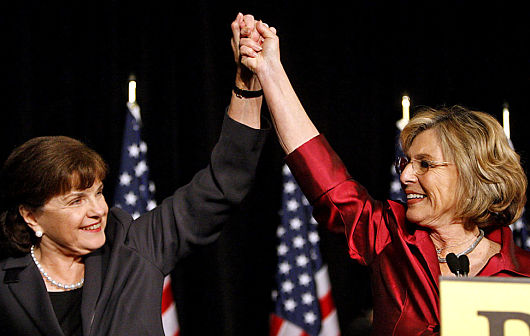 Who is My Senator? I have lived in Los Angeles my entire life, yet only recently did I become aware or even conscious of who my senators are. Barbara Boxer and Dianne Feinstein are currently the two women who represent the State of California in the 114th Senate, and both women have dutifully served the American people since before I was born.

Boxer is a Democrat and was elected to the Senate in January 1993, after serving in the House of Representatives for ten years and on the Marin County Board of Supervisors for six years.

Boxer is not only an active representative for the State of California but is passionate about the environment, defense and foreign policy, women’s health, gay rights, civil rights and many other issues. Some of the issues she’s voted for include restrictions on gun possession, increased minimum wage, increased taxes for the wealthy, women’s right to get an abortion, expanding ObamaCare, and an easier path to citizenship for illegal immigrants.

In November 2010, Boxer was re-elected to her fourth term in the Senate.

Feinstein is also a Democrat. She has made many advancements in legislation for the protection of the environment and natural resources, increased national security, prohibiting assault weapon prevention and various health-related legislation.

According to Feinstein’s website, “Since her election to the Senate in 1992, Senator Feinstein has worked in a bipartisan way to build a significant record of legislative accomplishments – helping to strengthen the nation’s security both here and abroad, combat crime and violence, battle cancer, and protect natural resources in California and across the country.”

Feinstein strongly supports a woman’s right to have an abortion, legally requiring employers to hire women and minorities, marriage equality, stricter punishment to reduce crime rates, creating an easier pathway to citizenship for illegal aliens, increasing taxes for the wealthy, prioritizing green energy, and staying out of Iran.

On the other hand, Feinstein opposes expanding the military, gun ownership, vouchers for school choice, privatizing social security, and keeping God in the public sphere.

Both Boxer and Feinstein boast long lists of awards and accomplishments from their combined years of service in both the Senate and in other government bodies.

If you want to know more about who your senators are and what they represent, click here.