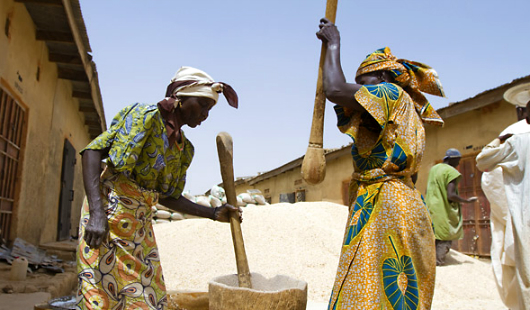 Recently, international investors have turned their sights to Africa, whose expanding consumer class and abundant natural resources make it the next prime location for development and innovation. According to the Africa Attractiveness Survey, investment in Africa totaled $128 billion in 2014, up 136% from the previous year. Investment reached $174 million per project, an increase from $67.8 million in 2013. This vast increase is largely spurred by several megadeals on the continent rather than many smaller ones. Although this “big money” form of investment may crowd out smaller investors, it paves the way for future funding from all types of businesses.

According to Charles Brewer, managing director for DHL Express Sub-Saharan Africa, an update in the way investors perceive the continent has been the source of increased funding. Economic growth coupled with an improved business environment and strengthened infrastructure has caused foreign investment to hit a historic high. Sufficient infrastructure is key to successful development because it lowers the expense of logistics. In the past, supply chain costs were nine times greater in Africa than on other continents. Deals such as DHL Express’s not only expand the frontier for international corporations but also lend to growth within Africa as well. Brewer predicts millions more in investment dollars from his company alone in 2015.

“With increased Foreign Development Investment and macroeconomic growth, I believe that Africa will become an economic powerhouse in the future. The region is abound with untapped opportunities and has much scope for growth,” says Brewer. With more and more people benefiting from international aid and earning money, the consumer base in Africa has grown rapidly. This provides immense opportunities for companies to move into these countries and provide previously undeveloped services. Brewer lists 18 countries for which his company has planned major projects. Such economic development will also provide more jobs to African workers and increase spending across the economy, leading to even more economic growth and future foreign investment. Companies such as DHL Express will help reinforce the business environment and create opportunities for African businesses all over the world. In this way, Africa is not a market to be cornered by the rest of the world; the world is a market soon to be cornered by Africa.