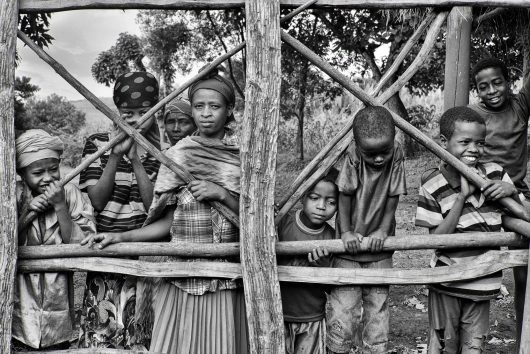 Recently, Dubai Cares, a humanitarian organization based in the United Arab Emirates, declared its decision to launch a deworming scheme in Ethiopia. This program is estimated to last for two years and is projected to benefit approximately 15.6 million school children in Ethiopia.

The deworming program is targeting the elimination of harmful conditions such as schistosomiasis, trachoma and onchocerciasis. Schistosomiasis is caused by worms, and the condition can be transmitted through infected water. This mechanism of transmission places school-age children at heightened risk of transmission because of their tendency to swim and play in public water grounds.

As a tropical infection, the prevalence of schistosomiasis infection exceeds 90 percent in Ethiopia, with age ranges 10-14 and 15-19 years being disproportionately affected by the disease.

The deworming scheme in Ethiopia forms an integral part of a five-year plan that aims to protect all school children at risk from the onset of neglected tropical diseases. The implementation of this scheme in Ethiopian schools also reflects the concerted public effort by the Minister of Health in Ethiopia, toward the eradication of conditions that have severe impacts on quality of life.

Intestinal parasitic worms, the root cause of most of these conditions, reside in the intestines where they quickly reproduce in ambient conditions. Children in developing countries are more prone to developing infectious diseases caused by worms because of poor hygiene and interaction with unclean water.

Trachoma, schistosomiasis and onchocerciasis all form part of a larger group of diseases referred to as the neglected tropical diseases. Trachoma is an infectious eye condition, which is transmitted relatively quickly in conditions with poor water supply, dense insect populations and populous living areas. In advanced stages, trachoma can lead to blindness. Ethiopia is constantly deemed as the country most affected by trachoma globally.

Dubai Cares is certainly not a new organization on the philanthropic front. Previous initiatives by Dubai Cares have similarly involved a focus on children’s health, such as the Home Grown School Feeding Program, which was implemented in Ghana a few years back. The deworming scheme in Ethiopia offers hope in terms of reduction of mortality and suffering associated with the debilitating neglected tropical diseases.

The eradication of neglected tropical diseases is an important objective in developing countries such as Ethiopia. These diseases impose a serious cost on the economy in terms of lost potential growth, poor health and reduced human resource availability.

School children, in particular, need to be healthy and capable of absorbing the knowledge that is taught to them in schools. These children are representative of a better, brighter future and it is part of social responsibility to optimize and maintain child health.