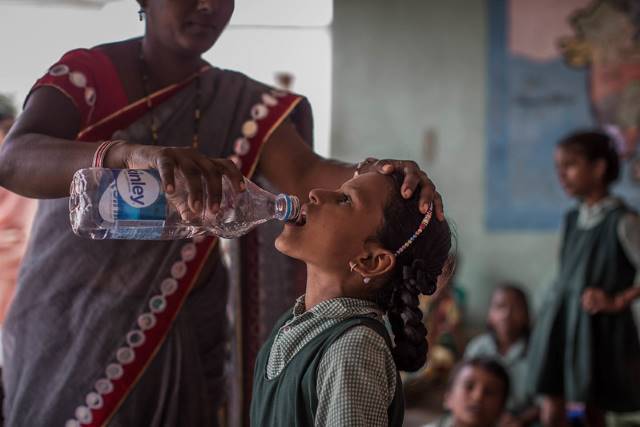 In July 2020, the National Bureau of Economic Research (NBER) published data from a longitudinal research study that looked at how deworming Kenyan children affected children’s economic outcomes. Youths took deworming medication under professional supervision and researchers revisited these children 20 years later. Economists used these findings to estimate the impact of deworming pills, finding a significant effect: taking deworming pills during childhood boosts household income by as much as 13% in adulthood.

Deworming has a positive effect on children’s education; reducing absenteeism and dropping out of school. However, this study finds that in addition to, and perhaps as a result of improved education, deworming increases the likelihood of working in nonagricultural jobs with higher incomes. If students are healthier from a younger age and succeed in school, they have a higher chance of bettering their futures. However, it must be noted that the study only found that this future income boost applied to men, suggesting that although deworming medicine increases better education, it does not improve economic mobility for women. Further research is necessary to study this gender gap and its causes.

The World Health Organization (WHO) and the World Bank have been funding the distribution of deworming pills in Africa for many years now. In sub-Saharan Africa, there are high infection rates of intestinal worms, especially among school-age children. Worms stunt children’s development and affect their ability to function. Deworming kids is inexpensive and it results in healthier individuals and communities. Additionally, when previous generations are treated, the current generations are shown to reap the benefits. With deworming programs having such clear positive results, many organizations such as the WHO support and supply school-based deworming programs in sub-Saharan Africa as well as other developing countries.

Elie Hassenfeld is the co-founder of GiveWell, a nonprofit dedicated to finding and rating the most impactful organizations/programs for donors to give to. GiveWell backs a program called the Deworm the World Initiative, which it considers a “priority program” because of how affordable deworming is and how beneficial the outcomes may be. GiveWell also hires and trains monitors to attend schools, conduct training sessions and implement distributions of deworming pills to students to ensure program efficiency.

The Deworm the World Initiative spent $2.2 million more in 2018 on deworming than in 2017. However, the initiative is continually seeking funding in hopes of expanding its programs in Kenya, India, Pakistan and Nigeria.

This study suggests that deworming may strengthen entire communities over time, raising people out of poverty and improving their countries’ GDPs. One study cannot completely explain the financial impact of deworming; however, it is clear that further research is necessary and that children’s lives are transforming for the better. Previous research has shown that supporting health care systems and eradicating illnesses in developing countries leads to their growth and success. Similarly, deworming programs may play a significant role in alleviating poverty in countries with high incidences of intestinal worms.