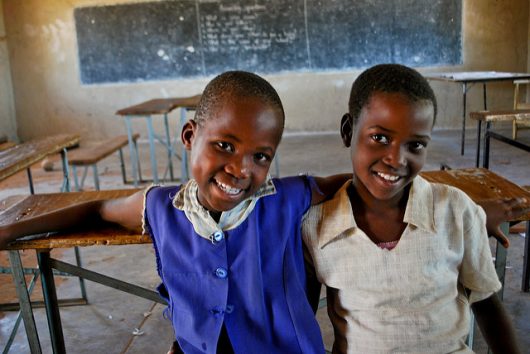 Droughts, land reform and a decrease in production have plagued Zimbabwe since the turn of the century in 2000. But despite these economic challenges, there are five development projects in Zimbabwe that hope to alleviate some of the current struggles that common residents of the country face.

Beginning in 2001, the charity Zimbabwe Rural School Development Programme (ZRSDP) was created as a means to counteract the lack of education that affects many children in the country. In 2016, the most recent accomplishment of the ZRSDP included the Peace and Good Hope Primary School in Bulawayo.

This school had grown to a student population of 200 since its foundation in 2002; however, it functioned with six desks, five benches and four toilets that served for not only the students but also two teachers. Devoting over 40,000 GBP ZRSDP helped create proper classrooms, toilets and teacher accommodations at Peace and Good Hope Primary School. Due to this increase in facilities, the school now holds 240 students and a full teaching staff.

The African Development Fund plans to create targeted employment opportunities and increase the value of sales in horticulture products for targeted youth and women. Running from 2017 to 2019, this project will cost UA 3.79 million. Through this project, the Fund aims to address fragility risk that threatens Zimbabwe’s development, which includes gender inequality, regional development imbalances, poor governance and technician skills shortages. Development projects in Zimbabwe via these efforts will really lay the foundation for future gain.

The government of Zimbabwe expressed interest in the African Water Facility’s program, “Cities of the Future,” in November of 2013. The project will handle the important water and sanitation infrastructure needs, and “the Municipality of Marondera with a population of 65,000 inhabitants was selected by the Government of Zimbabwe to receive support to develop an integrated water and wastewater Master Plan that will in part present detailed prioritized investments.”

A plan for sustainable development of the transport infrastructure could get implemented into development through this proposed study, “The target area is the entire population of Zimbabwe and transit transport that will benefit from reduced cost of movement of goods, persons and services as a result of improved transport infrastructure in the country upon implementation of the recommendations of the Transport Sector Master Plan.”

Change is slowly but surely coming to Zimbabwe through each of these endeavors. These development projects in Zimbabwe are just the beginning of empowerment to the people, but in time they will serve as the catalyst for larger, more sustained change.