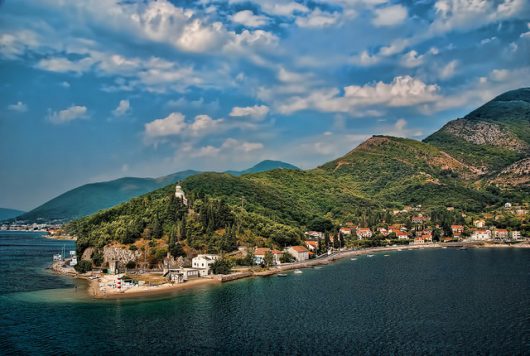 With only about 600,000 people living within its borders, Montenegro is one of the smallest countries on the Balkan Peninsula of Eastern Europe. Its small status, however, has not diminished its government’s desire for growth and development.

In fact, Montenegro’s somewhat vulnerable economy is set on a path to become part of the European Union by 2020. With the deadline fast approaching, Montenegro, along with the World Bank, have committed a whopping $144 million for 2018 (compared to only $3 million in 2017) toward development projects in Montenegro designed to kick start domestic development.

One of the following five development projects in Montenegro could very well be the key to nation’s economic and political future.

This is a tremendously important economic stimulation project that aims to reestablish trust between investors and Montenegro’s flux-prone economy. The public financial sectors are at the epicenter of this reform, as a staggering $93 million has been allocated to rebuild investor confidence and stabilize public debt levels for Montenegro’s most infringed people.

Specific measures of the reform include a reduction in wage for government officials, increased supervision of nonbanking financial sectors and pharmaceutical market reform, making medication more accessible and affordable. This is the first of a two-stage fiscal program that Emanuel Salinas, the World Bank Country Manager for Montenegro, believes will help the country “overcome today’s challenges and achieve strong sustained and inclusive growth.”

Montenegro, which literally means “black mountain,” is home to stunning cliffs that run for miles along the Adriatic Sea. Sitting on a grassy knoll overlooking this country’s sloping wild rivers and beautiful clear lakes, one would never imagine that there are disposal sites so contaminated that $68.9 million have been set aside in a direct effort to have them remediated and safe for habitation.

This cleanup project aims to reduce public health risks, such as air pollution and soil erosion, as well as vitalize the country’s tourism sector. The contaminated sites are to be leveled and blanketed by more than 30 centimeters of uncontaminated soil and future waste disposal will be in strict accordance with Montenegrin and E.U. legislation.

Corruption is a pervasive problem for all facets of bureaucracy in the Montenegrin government. High levels of organized crime activities, such as loan sharking, drug smuggling and human trafficking, have found their way into the offices and juries of Montenegro.

This tax reform project, newly commissioned by the World Bank, is looking to bring functionality back to the countries ravaged revenue administration. Approved on July 31, 2017, this program, if successful, will be vitally important to Montenegro’s mission of joining the E.U.

These sustainable energy development projects in Montenegro look to pick up where their original 2008 counterpart leaves off. The additional $6.8 million in funding will help continue the very same efficiency programs that were able to provide nine educational facilities and six health care facilities in Montenegro with energy savings that ranged between 30 and 65 percent. For a country that imports an entire third of its energy, the savings have been two-fold. Montenegro is also one of the only Balkan countries that is actively advancing toward a green future.

Somewhat famous for its grapes, Montenegro boasts an export of $15 million of wine a year. These development projects in Montenegro intend to manage public funds and focus them more on the agricultural sector, where near 70 percent of Montenegro’s rural population resides. This program has helped thousands of farmers acquire new farming machines and storage units. Ultimately, the project intends to implement a more modern agricultural system in the coming years.

Development projects in Montenegro that focus specifically on domestic improvement radically improve the quality of living for the people working and living on the land. Although there is still much more work to be done, the path is clear for Montenegro to become a fully developed nation. The strides being made by Montenegro today should inspire other Balkan countries to do the same.