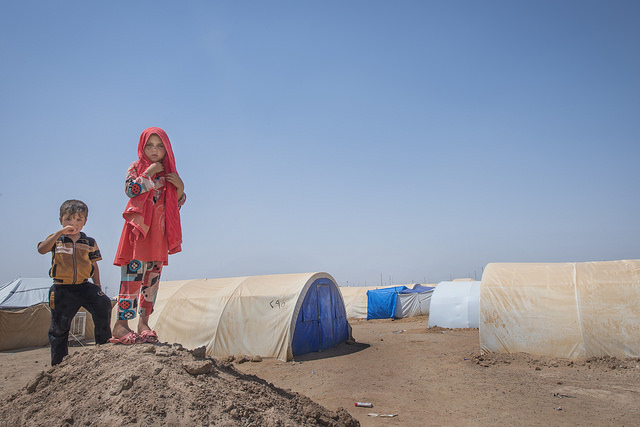 Iraq, a country attempting to rebuild itself after decades of war, has implemented various projects to help stabilize the country. The five development projects in Iraq that are among the forefront include a decrease in the number of citizens diagnosed with tuberculosis, a crisis response program, a water improvement project, oil and gas development projects and a reconstruction project that spans various Iraqi cities.

To address the many health concerns in Iraq, the country partnered with UNDP, who created the Global Fund TB Grant. The grant provided emergency cell phones for tuberculosis patients to ensure they can reach centers to avoid treatment interruptions that threaten to increase drug resistance. Since the implementation of the grant and enhanced TB testing, 36,800 cases of TB were successfully treated, resulting in a 92 percent treatment success rate in 2014, and the detection and treatment of 25,900 new smear-positive TB cases.

The second of the development projects in Iraq was the creation of the Iraq Crisis Response and Resilience Programme (ICRRP), another project supported by the UNDP. The ICRRP was created to address the large humanitarian crisis in the country.

More than 10 million people were affected by development gaps, and more than 3.3 million had to flee their homes. This crisis led the UNDP and Iraq to create the ICRRP to prevent human rights violations, reduce the risk of gender-based violence and develop cohesion among diverse communities. Using a gender mainstreaming approach, the program also aims to address the practical and strategic needs of affected women. The ICRRP has helped create jobs for 14,000 people, gave 94,000 enhanced livelihoods in eight governorates and gave 5,000 Syrian refugees and displaced residents legal support.

On the energy resource side, the Rumaila field, the world’s fourth-largest oilfield, has helped increase the number of producing wells by 50 percent. The field has produced more than three billion barrels since 2010 and in December 2016 was producing 1.45 million barrels a day, generating over $200 billion. In addition, the Rumaila oilfield project has helped create numerous jobs and generated more revenue and energy for Iraqi residents.

One of the most significant development projects in Iraq is the Bismayah construction project, which aims to house half a million people within four years. The $8 billion project faced a six-month setback after the project’s land was lost to Islamist militants and the obstacles of providing clean water and electricity to the housing units.

This is due to the fact that Iraq is still trying to make up for the years lost to war, so they rely on foreign investments in electricity, as well as refineries, transport, telecoms and health. The clean water supply obstacle is due to the fact that the water has not been delivered to the city’s purification plant, making the available rooms unlivable. Despite the drawbacks, the project has surged on.

To benefit the Iraqi people apartments are available for a down payment of just $6,300, which is equal 10 percent of the total cost of the smallest 100 square meter homes. The monthly rent is less than the minimum government wage, making them extremely affordable.

The project is expected to be completed by December 2018 and will operate with neighboring pumping and circulation stations to pump water from a desalination plant to Basra.

As Iraq continues to rebuild itself, the country will see an increase in jobs, revenue, housing, clean water and other resources. The above development projects in Iraq are the country’s first stepping stones on a long road to recovery.