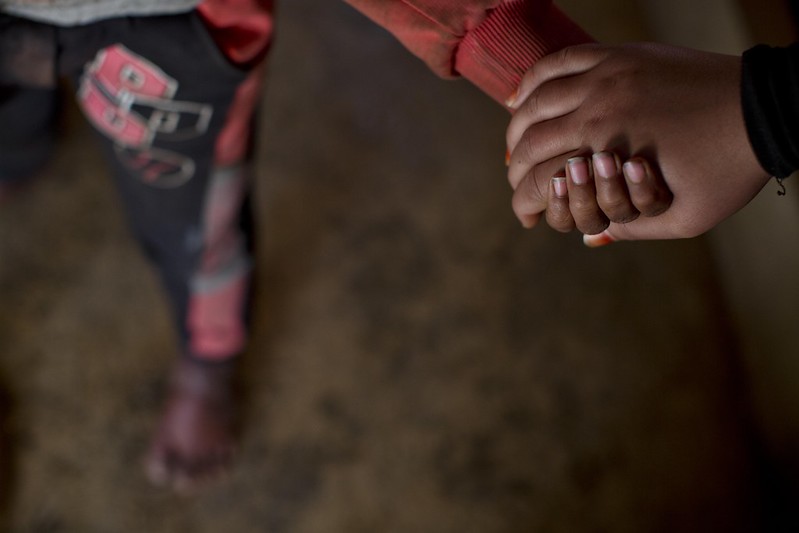 Aiding People with Disabilities in Ethiopia

Although the country has dedicated itself to helping people with disabilities through agreements like the 2006 African Decades of Disabled Persons, structural barriers have made it rather difficult to truly support people.

However, some organizations are starting to addressing the lack of resources for people with disabilities in Ethiopia. One such program is Addis Guzo. Founded in 2012, this Switzerland-based NGO supports people with disabilities in Ethiopia through integration efforts, as well as by educating the public. In order to benefit the local communities, the NGO is also staffed entirely with people from Ethiopia.

There are two important programs that Addis Guzo runs to help people with disabilities in Ethiopia. The first is the Wheelchair Workshop. Every year, Addis Guzo collects wheelchairs in Switzerland and sets up a program so that people who need a wheelchair in Ethiopia can get a new wheelchair or repair their existing model. The program has a large impact, collecting around 600 wheelchairs annually.

Wheelchairs can be important tools to drastically improve the lives of their users by enabling mobility. Without wheelchairs, it can be difficult for people with disabilities to live the lives they want, or to do more traditional work. Having a wheelchair can improve this situation by helping people integrate themselves by enabling them to travel long distances for work or be active for longer periods of time. In fact, a study of wheelchair users in Ethiopia estimated that using a wheelchair increased the probability of employment by 15%, as well as increased wages and average hours of work

The second program is Rehabilitation, Economic Empowerment and Sports. The goal of this program is to give people living with disabilities in Ethiopia hope for the future by supporting them in a wide variety of ways. This includes business partnerships, sports leagues and counseling.

Supporting People with Disabilities in Ethiopia

Such programs offered by Addis Guzo are essential to help build skills among people with disabilities in Ethiopia and foster inclusion. Sports can give people leadership and teamwork skills they may not have otherwise developed. Additionally, sports can help build community among players, helping people to network and build important connections that they can use later in life. Programs like the one put forth by Addis Guzo can foster these connections and help people with disabilities integrate themselves into society, something Ethiopia has historically struggled with. 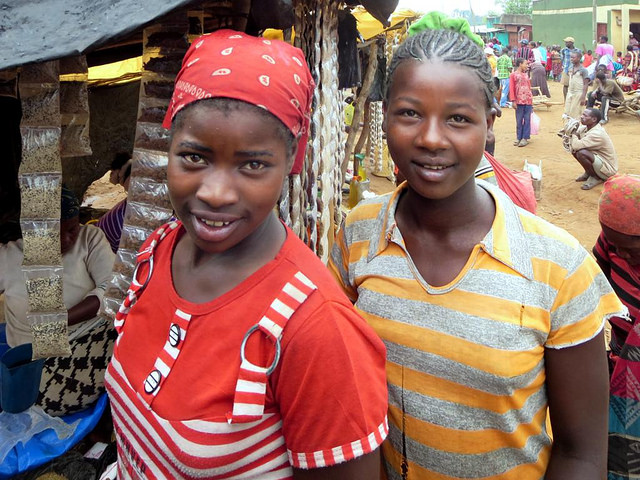 The capital of Ethiopia is the base for multiple development efforts in the country. Ethiopia has become one of the fastest-growing economies in the world, with 11 percent average growth since 2005. The development projects in Ethiopia are a product of foreign aid, government goals and foreign direct investments.

Ethiopia is Africa’s second most populated and oldest independent country. Although it has the fastest growing economy in the region, it is also the third poorest country in the world with a Multidimensional Poverty Index (MPI) of 87.33 percent. To address the growing capacity issues related to the large population and poverty rate, the Ethiopian government has focused on advancing development.

These five development projects in Ethiopia are examined based on the organizations that implement them.

The Federal Democratic Republic of Ethiopia

The Ethiopian government is focused on addressing developmental concerns in multiple areas. Past development projects in Ethiopia include the Sustainable Development and Poverty Reduction Program and the Plan for Accelerated and Sustained Development to End Poverty. Now, Ethiopia is in its second of two, four-year Growth and Transformation Plans (GTP I, II). GTP I focused on advancing industrial development to relieve fiscal and capacity deficits in Urban Local Governments (ULG). The GTP II goals address specific challenges the GTP I goals met.

The ATI is focused on impacting the smallholder farmer level. In alignment with GTP I, the ATI focused on agricultural productivity, production, marketing, research and natural resource conservation. With GTP II, the ATI continues the GTP I pillars to enhance food security and adds additional pillars to address agri-business and implementation capacity.

Since the inception of the Sustainable Development and Poverty Reduction Program in 2001, Ethiopia’s GDP rose by close to $62 billion, the largest growth recorded in the country. In the past 15 years, Ethiopia’s population also rose by 64 million. Ethiopia has experienced immense growth since these programs were initiated and its ability to track and maintain the growth indicates the effect of these development projects in Ethiopia.

The IFAD is a specialized agency of the U.N. that “finances agricultural development projects for food production in developing countries.” In 2010, the IFAD established a country office in Addis Ababa to further relations with Ethiopia and oversee the development and expansion of rural finance.

The World Bank and IDA recently provided Ethiopia with $200 million to fund the expansion of access to energy and has committed $380 million to Ethiopia’s GTP II. The World Bank has implemented development projects in Ethiopia to address education, water and sanitation and road quality and is a large contributor to Ethiopia’s poverty rate reduction from 55.3 percent in 2000 to 33.5 percent in 2011.

The UNDP Ethiopia works with the Ethiopian Government and funding partners to forward a “developed and democratic nation with empowered citizens.” The UNDP in Ethiopia strengthens the relationship between the U.N. and Ethiopia by advocating for Ethiopia’s development and poverty reduction on a global platform and providing support for locating funds.

The UNDP set up the Agricultural Transformation Agency (ATA) to provide innovative technological productivity solutions to the industry that constitutes 80 percent of the employment base in Ethiopia. The UNDP focuses additional efforts on elevating the transparency, accountability and responsiveness of the Ethiopian government. With the support of the UNDP, Ethiopia was able to formulate and adopt Grant Sharing Formula, addressing the balance of resource flow in various regions and bringing equitable development throughout the country.

Formal relations between The People’s Republic of China and Ethiopia began in 1970. Now, China is one of Ethiopia’s largest trading partners with the volume of trade estimated to be over $6.3 billion. The China Communications Construction Company is currently contracted to build two industrial parks in Addis Ababa in partnership with the IPDC. These newly built industrial parks will house factories such as the TAL apparel factory, a Chinese company providing new jobs in Ethiopia already.

China is Ethiopia’s key foreign investor, primarily in infrastructure. In 2014, China-funded a $475 million urban rail project in Addis Ababa. China has also invested heavily in dams and roads and even built Ethiopia’s African Union headquarters in the capital. The investments from China have advanced Ethiopia’s development and provided employment opportunities for Ethiopia’s estimated 450 million workforce.

Arkebe Oqubay, from the prime minister’s office driving the industrialization policy, says Ethiopia is “focused on economic performance… the ultimate goal of any nation aspiring to develop, aspiring to catch up, is to improve the livelihoods of the people.”

With support from the Ethiopian government, multiple partners have assisted in growing the economy through development projects in Ethiopia. Today, Ethiopia has surpassed Kenya’s economy and taken the title of “East Africa’s Economic Giant.”

Ethiopia has many challenges to surpass that are associated with growth, such as job creation and capacity, but their alliances across the globe and governmental backing are a strong indicator of Ethiopia’s developmental success.